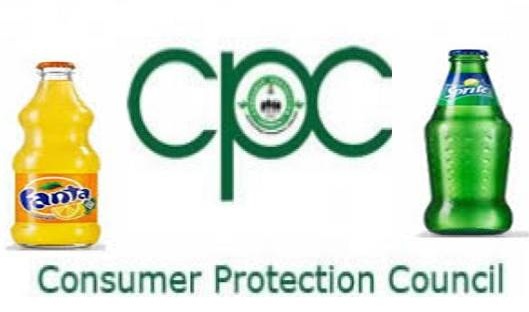 Independent laboratory analyses and investigations carried out by the Consumer Protection Council (CPC) have confirmed that Fanta and Sprite are fit for human consumption and within the Nigerian Industrial Standards (NIS) limits of Benzoic Acid and Sunset Yellow.

Making this disclosure last Tuesday at a news conference at the Council’s Abuja Headquarters, the Director General, of the Consumer Protection Council, Mrs. Dupe Atoki, said that the levels of two additives, Benzoic Acid and Sunset Yellow, which raised public apprehension in the consumption of soft drinks because of the action at the Lagos High Court have been confirmed through laboratory analysis to be within the Nigerian Industrial Standards (NIS) limits.

She disclosed that NAFDAC and SON have been informed about the outcome of the investigation, and that the Council has also recommended regulatory action and review of the “Benzoic Acid limits in soft drinks as the current standard, which has been in existence since 2008 is overdue for review”, particularly with the requirement for reviews pegged for every five years.

The Director General explained that because of the high level of Benzoic Acid found in isolated cases of Mirinda and Lucozade tested, the Council has called for further regulatory investigative analysis, action and review in the levels of the additive in the products.

On Sunset Yellow, she pointed out that the Council has also recommended “regulatory action for a review of the standard as some countries have already reduced the approved limit, while some have labeling requirements for its use, and some others have adopted its outright ban”

Mrs Atoki disclosed that the CPC, in the course of its investigation, obtained from the open market in eight locations within the six geopolitical zones of Nigeria, 65 samples of soft drinks, made up of Fanta Orange, Sprite, Mirinda and Lucozade. These samples, according to her were sent to Sheda Science and Technology Complex (SHESTCO), a laboratory under the Federal Ministry of Science and Technology, for the analysis of the levels of Benzoic Acid and Sunset Yellow in the products.

She noted that the approved NIS limit for Benzoic Acid is 250mg/Kg when combined with Ascorbic Acid, also known as Vitamin C and 300mg/Kg without Ascorbic Acid, while that of “Sunset Yellow as specified by Codex Alimentarius Commission and NAFDAC is 100mg/Kg, which is similar to standards in China, South Africa and Middle East”.

The CPC boss further disclosed that the laboratory results also revealed that the “levels of Sunset Yellow in 32 samples of Fanta Orange products were within the range of 23.1mg/L -35.5mg/L, while those of Mirinda ranged between 26.1mg/L and 34.0mg/L and those of Lucozade ranged from22.7mg/L –30.0mg/L.”

She pointed out that the Council also found that Benzoic Acid levels in some of the sampled soft drinks which were obtained from the open market, recorded extremely low levels of 0.56mg/L to 2.26mg/L and that the results also showed isolated cases of Mirinda and Lucozade with Benzoic Acid levels of 330.9mg/L and 323.53mg/L respectively, which are above the NIS limit.

The CPC’s investigation came on the heels of public outcry and consumers’ apprehension following theaction at the Lagos State High Court in suit between Fijabi Adebo Holdings Limited, Dr Emmanuel Fijabi Adebo and Nigerian Bottling Company Ltd, and the National Agency for Food and Drug Administration and Control, which alleged that Fanta Orange and Sprite may have the potentials to be hazardous due to its incompatibility with the Benzoic Acid Standards in the United Kingdom.

Mrs. Atoki explained that “Benzoic Acid, a preservative used in food and soft drinks, inhibits microbial growth and helps in the achievement of shelf life in products where it is used and it also helps to retain the integrity of soft drinks so that taste, colour and flavour are consistent over the shelf life period”.

She stated that Sunset Yellow, which is a petroleum-derived orange azo dye widely used in the production of soft drinks, ice-creams, pastries, among others, gives a pleasant appearance to food and drinks.