The Nigeria Customs Service (NCS) image maker, Joseph Attah has stressed the need to see smuggling as a crime, lamenting that until Nigerians see it in the same prism as stealing or robbery, the Service might not receive the required support. 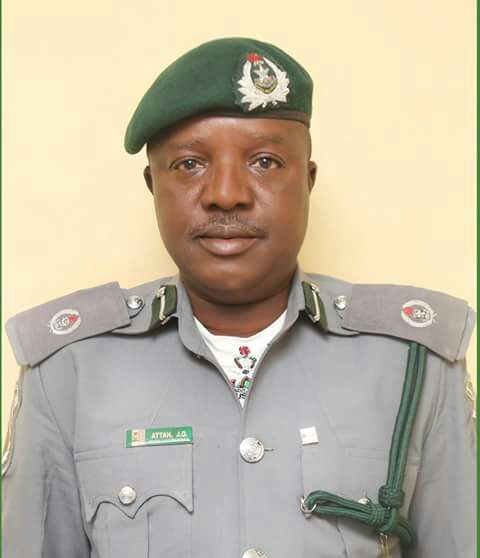 Attah stated this in Abuja, while appealing for maximum support of the citizens, stressing that the Service is only carrying out Government mandate and policies and nothing else.

”In Nigeria when a thief is arrested or an armed robber is arrested, you hardly get to see people going to beg for them.

“But today when a smuggler is arrested you see Nigerians,  including some respected ones in our society, coming to beg for such persons to be released because they don’t see smuggling as a crime; they see it as a trade,’’ Attah said, urging Nigerians to always avail the Service with desired information to curb smuggling.

The image maker was however happy that current strategies of the Service was yielding positive results, noting that in the past three months, the service had seized 136,506 bags of rice.

“All Nigerians should see smuggling as a crime so that they will support the service to succeed in our ongoing war against smugglers.

“Seeing smuggling as a crime means that you will be willing to give creditable information that will help us succeed.

“As villagers that live around border line, they should be willing to support customs officers whenever they make seizures and they are encountering some difficulties, rather than supporting the smugglers against customs”,  he posited, assuring that the Customs Service would do better, if Nigerians provide more relevant information the activities of the smugglers.

He raised the alarm that smugglers now take advantage of the porous borders, adding that oftentimes  they are supported by villagers at the border line and unpatriotic well to do individuals in carrying out their smuggling activities.

“NCS cannot 100 per cent vouch for its officers like any other human organisation; it is totally wrong to suggest that every criminal activity must be with the connivance of
an operative,” he added.

Attah however assured that the service would remain focused on its core mandate, particularly the enforcement of government policies, rather than being distracted by the blame game.

Not all wives are mothers – Emeka Ike blasts ex-wife, Suzanne