With consumers’ interest and how they could get better quality of services as its focal point, Executive Vice Chairman (EVC) of the Nigerian Communications Commission (NCC), Prof. Umar Garba Danbatta, has said the Commission will abide by all the tenets of consumer rights in its day-to-day activities. 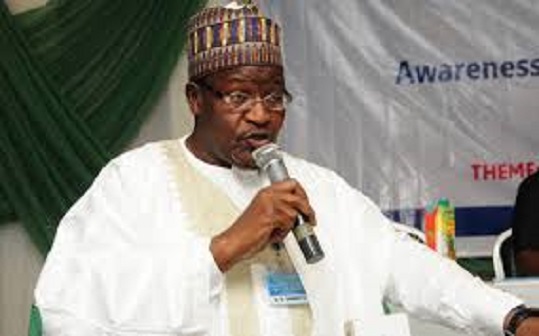 The EVC’s statement underpins activities of the regulatory agency, which has manifest oversight functions over the various network operators in Nigeria, as Nigeria joins the rest of the global community to mark the World Consumer’s Right Day (WCRD) on March 15, 2020.

The EVC said the NCC had put in place a series of initiatives to always address the concerns of and protect the interest of the consumers in line with the theme of this year’s WCRD: ‘The Sustainable Consumer.’

For instance, the Commission has, over the years, hosted the flagship Telecom Consumer Parliament (TCP), where consumer issues are discussed extensively in a high- profile session where the regulator, operators, and consumers interact and answers got in the process. Eighty-eight of such parliaments have been held so far in the major cities across Nigeria.

Besides, no fewer than 110 Consumer Outreach Programmes (COPs) have been held. The event holds monthly in urban centres in the country. Also, Consumer Town Hall Meetings (CTM), which exclusively holds in rural communities, has been well received across the land. So far, 53 of such events have taken place.

There have also been Elite Enlightenment Campaigns targeted at professional organisations during their yearly conferences. This is done to carry along the high- profile professionals, who may not have enough time to participate in the TCP, COP, and CTMs which hold regularly.

According to the statement endorsed by Dr. Henry Nkemadu, the Director, Public Affairs of the commission saying There are campaigns too to empower the Nigerian youth through information and awareness creation regarding their rights and obligations within the Nigerian telecom industry as well as apprising them about the consumer protection initiatives of the Commission. “We participate in trade fairs where we engage the consumer on a one-on-one basis,” the EVC said.

According to the EVC, the Commission has developed and produced consumer education materials on major telecom issues for distribution. The developed factsheets are translated into the three major languages (Igbo, Hausa, and Yoruba) including Pidgin. Such materials cover the Do-Not-Disturb (DND) 2442 campaign, Subscriber Identification Module (SIM) Registration and Replacement, role of NCC in consumer protection, among others.

The Commission has also put in place different channels for lodging consumer complaints. These include:

·        The NCC 622 Toll-Free Number for escalating unresolved complaints to NCC contact centre and for seeking redress is working. The centre opens from 8 a.m. – 8 p.m. every day except on Sunday and national public holidays. There has been consistent campaign on the 622 NCC Toll-Free Line.

·        Consumer Portal – The portal is an alternative online channel for lodging complaints and making enquiries. The portal is available 24 hours and can be accessed via: www.ncc.gov.ng/consumer

·        Regular monitoring of service providers’ helplines to ensure that the threshold set by the Commission is met i.e. the number of rings before connecting to Interactive Voice Response (IVR), the connection of calls to live agents, percentage of failed attempts to customer care helplines, etc.

·        Review of the Complaint Categories and Service Level Agreements (CC/SLAs) on the complaint management in view of recent technological advancements.

·        Coordination of Consumer Protection Special Intervention Initiatives such as:

a.      Strategic Bi-Annual Meeting with Senior Executive Directors of Telcos on Complaint Management.

b.     Constitution of a Multi-Sectorial Working Group on E-Fraud.

c.      Development of a Memorandum of Understanding (MoU) with relevant stakeholders on E-Fraud.

·        Periodic visits to Service Providers’ call centres to monitor real-time handling of consumer complaints on the quality of service (QoS) and assurance, among others.