The Executive Vice Chairman of the Nigerian Communications Commission (NCC), Prof. Umar Danbatta, is billed to be honoured with the prestigious Zik Prize in the Professional Leadership category in Lagos, next week. 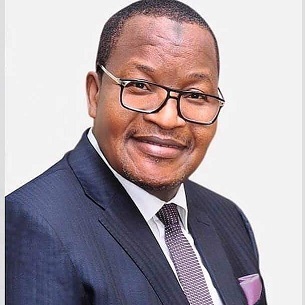 The award will be presented to Danbatta by Public Policy Research and Analysis Centre (PPRAC), during an elaborate ceremony slated for Sunday, December 6, 2020 at the Civic Centre, Victoria Island, Lagos State by 6 p.m.

This year’s event, which also coincides with the 25th anniversary of the Zik Prize series, will be chaired by Nobel Laureate, Prof. Wole Soyinka, while the Obi of Onitsha, Igwe Alfred Nnaemeka Achebe is to function as the royal father of the day.

The PPRAC had, during a virtual conference on Thursday, September 24, 2020, named Danbatta and the Group Managing Director/Chief Executive Officer of United Bank for Africa (UBA), Mr. Kennedy Uzoka, as the joint winners in the category.

Danbatta, Uzoka and other prominent personalities who emerged in different categories of the Zik Awards, were carefully selected through a rigorous and meticulous process for their notable contributions to national development, said Prof. Jubril Aminu, Chairman of the PPRAC in a statement on the grand award ceremony.

Described by the organisers as a square peg in a square hole, Danbatta, through dint of hardwork as NCC boss, was acknowledged to have led the charge to drive Nigeria’s industrial revolution and knowledge-based economy leveraging telecommunications.

According to them, telecommunications’ contribution to the Gross Domestic Product (GDP) of Nigeria has grown by 70 per cent from 2015 to 2020, whilst broadband penetration has increased significantly to over 45 per cent.

“Danbatta’s leadership has enhanced transparency and innovation in the sector, such that recently, NCC was acknowledged by the International Telecommunication Union (ITU), as one of Africa’s foremost regulators” they observed.

READ ALSO THIS: Danbatta reaffirms NCC’s commitment to collaborate with higher institutions to produce knowledge base needed to support growth of telecoms sector

According to the organisers, the NCC boss has transformed the Commission into a regulator of global acclaim, as they noted the establishment and implementation of the NCC’s auspicious strategic 8-Point Agenda, under Danbatta, which has given the direction to activities of the Commission.

Organisers of the award also acknowledge that Danbatta has, through several breathtaking and far-reaching innovations, such as Subscriber Identification Module (SIM) registration and 112 Emergency Number, helped in the effort against insecurity in the country.

Earlier in a letter of nomination in July 2020, signed jointly by the Aminu and Utomi, the NCC boss was described as “an outstanding public servant, whose initiatives and reforms had contributed to Information and Communications Technology (ICT), playing a leading role in the socio-economic development of Nigeria.”

Zik Prize center was set up in 1994 in honour of the first President of Nigeria, late Dr. Nnamdi Azikiwe, with a view to encouraging and nurturing quality leadership in Africa and in the diaspora.

Among this year’s winners, however, are the Senate President, Dr. Ahmed Lawal and the Secretary to the Government of the Federation, Mr. Boss Mustafa, who won in political leadership and public service categories, respectively.