In continuation of his working visit to Kano State, the Executive Vice Chairman of the Nigerian Communications Commission (NCC), Prof. Umar Garba Danbatta, has visited more traditional and religious leaders in the state with the message of hope. 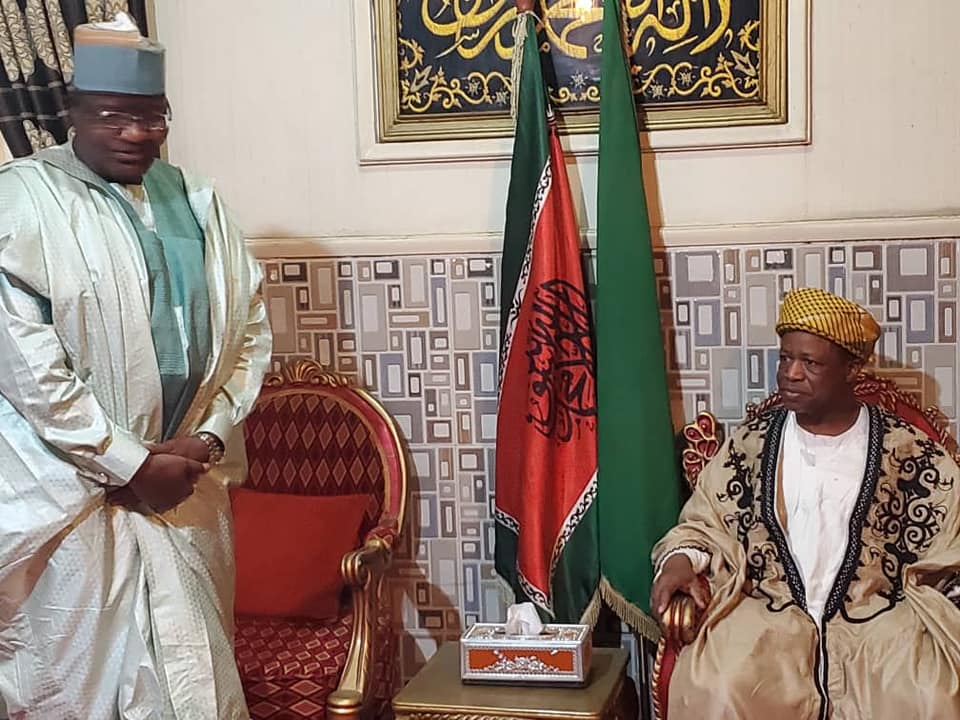 Following, his courtesy visit to the Emir of Kano, Alhaji Aminu Ado Bayero earlier on Saturday, October 24, 2020, where Danbatta urged the people of the state to continue to support the Federal Government’s initiatives towards ensuring peace and stability in the country, the telecom chief later proceeded to visit the Emir of Bichi, Alh. Nasir Ado Bayero.

The NCC boss also met with religious leaders within the fold of Kadiriyya and Tijjaniyya Sufi orders in Nigeria in the state.

Danbatta was at Gidan Kadiriyya where he was received by Sheikh Karibullah Nasiru Kabara.

Likewise, the EVC visited the Tijaniyya Mosque of late Alh. Uba Ringim where he was received
by the Iman and other followers of the late Islamic cleric.

Danbatta was also at the late Sheik Tijani Usman Mosque, where he was received by Sheik Bashir Tijani Usman and dozens of Tijaniyya Sufi Order followers.

At each of the visit, Danbatta preached the need for peaceful co-existence among Nigerian citizens and special prayers were offered for peace and stability in the country.

Impact of Ongoing Social Unrest on Economy and Markets

#ENDSARS: A WAKEUP CALL FOR NIGERIAN MEDIA (THE FOURTH ESTATE OR FOURTH POWER OF THE REALM)