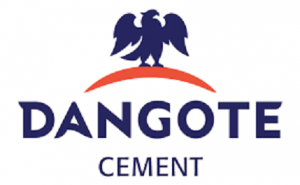 It is no longer new information to any person resident in Nigeria about the economic recession that hit Nigeria since 2016, especially the production industry due to the sharp crash in the value of the naira and difficult access to the dollar. In this crumbling economic situation, the Dangote Cement PLC (DANGCEM-NL)’s Directors have already recommended an increased dividend of ₦8.5 per share for approval at the company’s Annual General Meeting slated to May 25th 2017 in Lagos. If said approved by the shareholders, a total dividend payment of ₦144.8bn, representing a pay-out ratio of 74.9 per cent will be effected.

For instance, the company’s audited results for the year ended December 31, 2016, released to the public, the company’s Chief Executive, Onne van der Weijde, reminded how challenging last year was, not just for Nigeria but for many African economies. “But” der Weijde remarked, “we achieved sales and revenue growth of 25 per cent and consolidated our position as Africa’s leading producer of cement.”

Dangote Cement leads Africa’s cement production volume with nearly 46 metric tonnes per annum (mta) across Africa, with Nigeria alone controlling a production capacity of 29.25mta. Its Obajana plant in Kogi State, Nigeria, is the largest in Africa with 13.25mta of capacity across four lines. The company’s Ibese plant in Ogun State has four cement lines with a combined installed capacity of 12mta, while the Gboko plant in Benue State has 4mta. The company plans to build new factories in Ogun State (3-6mta) and Edo State (6mta).

Robust production in these plants in 2016 enabled DangoteCem surmount whatever challenges the recession in the economy posed, with the company controlling a greater share of total market sales, which rose by 5.7 per cent, from 21.5mt in 2015 to 22.7mt in 2016.

A strategic move the company applied to drive growth early last year was the price reduction it introduced in September 2015, which came on very strong in the first four months of 2016. The company reported it achieved 11 months of growth after that reduction, with the majority of cement bags sold through retail outlets and distributors for small-scale building.

Furthermore, DangoteCem’s impressive 2016 audited results flaunt the company as easily the leading supplier of cement in Nigeria, with volumes rising by 11.1 per cent, from 13.3mt in 2015 to nearly 14.8mt in 2016, almost double the entire market growth rate. Including exports, total sales from its Nigerian plants were 15.1mt, a 13.8 per cent increase, a growth rate far higher than the country’s gross domestic product, which fell in 2016. Backed by strong marketing efforts, better logistics and increasing brand recognition through retail and distributor promotions, the company increased its market share from 62 per cent in 2015 to 65 per cent in 2016. Its closest competitor is estimated to have a 24 per cent share.

A breakdown of DangoteCem’s sales figures in regions across Nigeria showed it sold 22 per cent of its cement in Lagos and Ogun states, and another 15 per cent sold elsewhere in the South-west. The South-south region accounted for 17 per cent of sales volumes, while the South-east took 14 per cent. The North regions, including Abuja, took 29 per cent of sales.

To drive sales in 2016 across Nigeria, DangoteCem introduced aggressive marketing activities such as the Mega Millions Dash, which it said help to build strong brand awareness and a preference for Dangote Cement among retailers and buyers.

The company also activated new, highly visible retail outlets in key markets, which it supported with colourfully branded tarpaulins, tables, chairs and parasols, all of which it said proved extremely popular with sellers.

It also provided large, branded storage containers for a number of vendors and worked with them to improve awareness of Dangote cement. “The average value of this material to retailers was about ₦100,000 per site. Our cement is now sold through more than 15,000 outlets across Nigeria and this is by far the largest retail activation campaign ever undertaken by any cement company in Nigeria,” DangoteCem noted in its 2016 results.

At distributor level, it added, it gave 120 trucks to more than 100 of its largest partners as an incentive to help them improve the distribution of the cement to their customers. “We will continue our strong marketing efforts in 2017 with new and very innovative promotions to increase retailer loyalty, such as giving away a daily prize of a heavily branded 20 feet container loaded with 600 bags of cement over a 60-day campaign. This daily prize is worth about ₦2m to the retailer and provides a highly visible presence at the point of sale,” the report stated.

A landmark achievement by DangoteCem in 2016 is that it has transformed Nigeria into a cement exporting country, selling nearly 0.4mt to neighbouring countries. In 2011, Nigeria was one of the world’s largest importers of the product, buying 5.1mt of foreign cement and spending huge earnings that seriously jolted its balance of payments. DangoteCem it is committed to increasing its exports substantially in 2017.

The company’s pan-African operations have also been doing well. It sold nearly 8.6mt of cement outside Nigeria, which was 54 per cent more than what it did in 2015. DangoteCem has invested many billions of dollars to build manufacturing plants and import/grinding terminals across Africa. Its operations are in Cameroon (1.5mta clinker grinding), Congo (1.5mta), Ghana (1mta import), Ethiopia (2.5mta), Senegal (1.5mta), Sierra Leone (0.7mta import), South Africa (3.3mta), Tanzania (3mta) and Zambia (1.5mta). Its financial performance for 2016 did not include Sierra Leone or Congo, which are expected to begin sales in the first quarter of 2017.

Explaining the reason for the slight fall in EBITDA, the results pointed at the depreciation of the naira from ₦199/$1 at the end of 2015 to ₦304/$1 at the end of 2016, saying this contributed to the overall increase in operating costs for its pan-Africa operations, as costs incurred in local currency were converted into naira.

“As a result of the average lower prices in Nigeria and cost pressures detailed above, particularly the increased fuel cost in Nigeria and the use of diesel in Tanzania, Group earnings before interest, tax, depreciation and amortisation (EBITDA) fell slightly by 2.0 per cent to ₦257.2bn at a margin of 41.8 per cent. In 2015, it was ₦262.4bn, or 53.4 per cent. Excluding eliminations and central costs, EBITDA also fell by 2.2 per cent in Nigeria to ₦242bn at a margin of 56.8 per cent. In 2015, that was ₦247.5bn, 63.6 per cent,” it further said.

Despite lower volumes of cement being sold, EBITDA rose significantly in the final quarter of the year because of higher pricing introduced in September 2016 and a more favourable fuel mix, resulting in the best-ever quarterly EBITDA for the Group.

The company has continued upward, with a strong volume growth that resulted in 25.1 per cent increase in revenues, amounting to N615.1 billion, operating profit of ₦182.5bn in 2016 was 12.2 per cent lower than the ₦207.8bn figure for last year.

CBN releases its solvency stress test result; Three banks may be in trouble

Good look: Manicure and Pedicure to the rescue