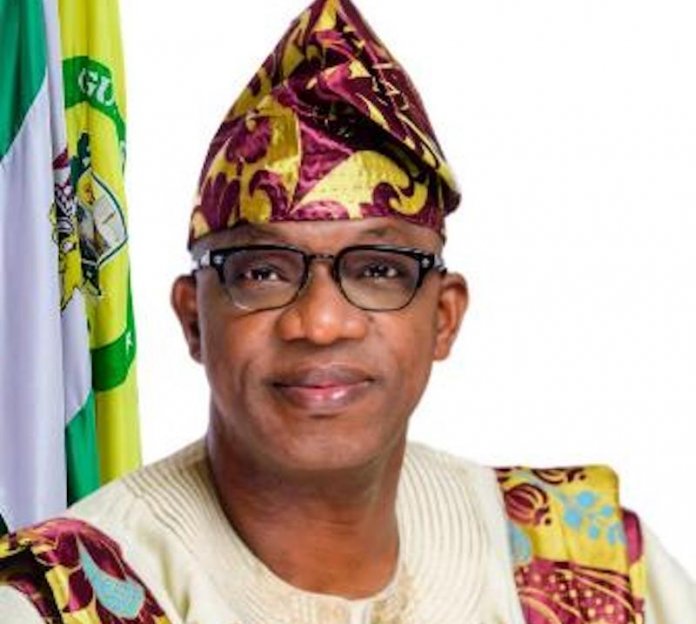 Funmi Branco celebrates the virtuoso of Governor Dapo Abiodun of Ogun State, who many never gave a chance to survive the political terrain merely because he was perceived as a boardroom guru and not a tested politician

Since coming on board on May 29, 2019, the Ogun State Governor, Prince Dapo Abiodun, has fostered a remarkably different template in the state’s politics. Traditionally, Ogun has been one of Nigeria’s most politically volatile states given the configurations of elite participants, interests and geo-specific configurations. Like many other states, Ogun has often witnessed violence and divisions as competing political tendencies literally go to war. Remarkably, however, the feeling among political watchers has been quite different in the last two years, and of particularly interest is the political alignments and re-alignments currently ongoing in the state. First, Governor Abiodun came on board amid allegations of political persecution, having run for office with the entirety of the political machinery of the immediate past establishment ranged against him.

His victory was contested up to the apex court with all the associated shenanigans by vested interests, including by establishment politicians in the ruling All Progressives Congress (APC) who hobnobbed with the opposition while pledging their alliances to him as the battle raged. And even when victory came at the apex court, there were still insinuations that not much could be expected from the governor. The crux of the argument of those who never gave him the chance to survive the political terrain was that he was merely a boardroom guru and not a tested politician who could successfully navigate the slippery and volatile political terrain and make meaningful impact.

Some of the critics fixed their gaze on the proverbial banana peels while others sought to derail the new administration with the instrumentality of fake news. But apparently due to his clear cut agenda, the governor has been able to change negative perception about his personality and vision for the state. He has, within a short time, quietly mastered the art of governance and demonstrated his preparedness for the job. This can be seen in the massive physical development that the state has witnessed under his watch in just two years and in spite of the coronavirus pandemic.

But on a political terrain, it can also be seen in the fact that he has wooed substantial populations into the ruling party. It is a tribute to Governor Abiodun’s genius that an unusually high number of political opponents have come into the APC fold, with massive implications for future electoral contests. Apart from the notable individuals who have joined the political train, a number of opposition political parties have also dissolved themselves, endorsed and thrown their weight behind him.

Among the high profile individuals who have cast their lot with Abiodun are a two-time governor of the state, Otunba Gbenga Daniel and a former Speaker of the House of Representatives, Rt-Hon Dimeji Bankole. Others include Alhaja Salmot Badru, a former deputy governor of the state, and Prince Gboyega Isiaka, candidate of the African Democratic Congress (ADC) and a main challenger during the 2019 governorship election. The list also includes Apostle Dave Salako, a two-time member of the House of Representatives; Elder Joju Fadairo, former state chairman of the Peoples Democratic Party (PDP); and Chief Pegba Otemolu, former state secretary of PDP. In addition, there is Hon. Abiodun Niyi Sylvester, the only PDP member in the Ogun state House of Assembly and Aare Remilekun Bakare, former Director General of Governorship Campaign team of late Buruji Kasamu and PDP In the 2019 guber poll. Others were Chief Kola Sorinola, Commissioner for Special Duties during the Gbenga Daniel administration; Hon. Azeez Bello (aka Arole), a close ally of Hon. Ladi Adebutu, and Mrs. Josephine Makanjuola.

Then there are the members of the political camp of the late Senator Buruji Kashamu, who have all left the PDP and signed up for Governor Abiodun’s effort to create a formidable structure. It is indeed trite restating the fact that Prince Abiodun has been able to build a political structure that has endeared him to former adversaries who now see his style of governance as an attraction on the political mountain. This point was stressed by Gboyega Isiaka when he averred thus: “We found an alignment of values, which for us is fundamental for any political relationship. I saw in him, a man determined to run governance with sincerity and purpose.

Among other shared values also, the governor believes that the people must be the primary focus of any responsible government and that is reflected in his “Building our Future Together’ mantra”. More importantly, and despite the winner takes all of our politics and system of government, the APC in Ogun state through His Excellency, indicated strong resolve to have an inclusive and open administration that is receptive of other ideas and competencies.” In any case, as noted by former governor Gbenga Daniel: “Our coming into the party would bring in more members into the party in the state, all what the party needs at a time it is receiving more members is good management, which Prince Dapo Abiodun is capable of providing.”

It is not fortuitous that APM members in the House of Assembly have moved to APC under Abiodun’s watch, making the party stronger, more united and focused to face the challenges ahead. The governor insists that his administration will be all-inclusive, and has made appointments across board. All of the bigwigs joining the train say that they are enamoured by his insistence on development and the progress of the people. They reference his willingness to hearken to advice, abhorrence of political witch-hunt and firm embrace of the doctrine of politics without bitterness.

Within last two years, the governor has been able to consolidate the political structure of the APC in Ogun. And, what is more, many strategic actors are willing and eager to join his team. It is worthy of note that the defectors are formidable political leaders in their respective areas and will be crucial to delivering the 2023 goals of the APC and Governor Abiodun who, to all intents and purposes, has effectively decimated the opposition. He has been able to galvanize major political stakeholders in the state to believe in his vision for the good people of Ogun State. The dividends of the strategic moves promise to be enormous.