Kindly Share This Story:
Nigeria is currently one of Africa’s main destinations for Financial Technology, and to say that FINTECH is booming in the country would only be stating the obvious.

With almost a billion-dollar investment made between 2017 and 2018 alone, it is clear that a revolution is currently onstream in Nigeria’s FINTECH industry, one that is too sweeping to ignore. For once, indigenous brands are blazing the trail. Brands such as Flutterwave, SystemSpecs, Piggyvest, Farmcrowdy, Interwitch, Paystack, E-transact, Vogue Pay, amongst others are leading the pack of about 200 Nigerian Fintech firms in the new wave of digital economic transformation.
Nigeria’s growing respect within the global community with respect to Financial technology was recently underscored by the Vice President, professor Yemi Osinbajo, and Nick Clegg, Facebook’s Vice President on Policy and Communication on Friday, 18th September, 2020, as they engaged in a discourse on Nigeria’s digital economy and its growth potential.
Dubbed, Fireside Chat, the online conversation was mainly on the ‘Digital Economic Pillar of Nigeria’s Economic Sustainability Plan’. During the chat, the Vice President hinted at new licenses recently approved to boost financial inclusion and deepen the Fintech ecosystem by non-deposit money-banks.
“For example, we worked on the payment services licenses, which are licenses for FINTECH companies that are doing some banking-type work but are not licensed-deposit banks. The need to create some room for inclusion leads to a collaborative effort between government, tech companies and even the entertainment sector. This Technology and Creativity Advisory group, worked with Industrious and Competitiveness Council to create the regulations and think through some of the problems.” The VP said whilst expounding on a point on Facebook.

According to Osinbajo, “As of 2018/19, we’ve gotten about $377m in investments in the tech sector. Although, it still scratches the surface if one considers the size of our economy and country. I think we’ve started off a series of interactions that have been very useful and we will continue to engage.”
One of the indigenous companies signposting the maturity of indigenous giants is Lagos-based FINTECH firm, SystemSpecs, who has helped place Nigeria on the global map of Fintech innovation with Remita, an electronic payment platform that facilitates receiving and making corporate and individual payments.
Before now, there had been wide concerns by both industry actors and government regulators about the perceived poor quality of indigenous products that made it almost impossible to compete effectively with the foreign alternatives.
In the last few years, the industry has witnessed a boom in start-ups who not only compete in quality but also in innovation and functionality. However, till date most government agencies still patronise numerous foreign made software in the execution of various projects.
SystemSpecs paved the way and changed this narrative, serving not only as the Nation’s leading receiving and payments gateway for government, but also boasts of a host of local and international clientele base as far back as 2005 with its revolutionary Remita software.
Founded in 1992 by Ahmadu Bello University-trained computer scientist, John Tani Obaro., SystemSpecs, is the leading provider of financial and human management solutions in Nigeria.
Besides Remita, the company has a lot of other award-winning products such as Human Manager and PAYLINK, and has received many accolades over the years for its consistent commitment to showcasing the limitless possibility of indigenous talents including the “Most Efficient Third-Party Payment Processor” of the year by Central Bank of Nigeria’s EPIS Efficiency Award; “Fintech Recognition Award” by the Fintech Association of Nigeria; “Software Company of the Year” by Beacon of Information and Communication Technology (BoICT) Awards and more.
Success Story of an Indigenous brand

The first time an automated payroll system was ever used in Nigeria was during former President Olusegun Obasanjo Administration. The government was faced with the tough challenge of stamping out multiple thousands of ghost workers, draining its distributable revenue channel into the pockets of corrupt agents, thereby hanging the economy on the cross of sheer stagnation and underdevelopment.
This is why, in his book The Presidential Legacy, the former President acknowledged SystemSpecs for their indispensable technical support as the solution provider for the Integration Payroll and Personnel Information System (IPPIS) which was behind the recovery of over N400 million from payroll applications on salaries, and over N200 million that was recouped from net savings in his administration between 1999 and 2007.
Before the company developed Remita, it had developed Human Manager, a comprehensive, innovatively designed and easy to use Human Capital Management software solution being used by various organisations across diverse industries till date.
Being the outcome of a detailed and exhaustive study of human capital management issues in about 200 organisations over a 19-year period, HumanManager has become Africa’s indigenous leading HR and Payroll solution. SystemSpecs, motivated by the success of their solution, went further to develop Remita in 2005, making the indigenous company, a full-service software company for several SMEs, Corporate Organisations, Multinationals, Government Agencies, NGOs, Religious Organisations, Resident Associations, Schools and Educational Institutions, Hospitals and Health Institutions, Utility Companies, and individuals.
Whether you are trying to register for the Joint Admission Matriculations Board (JAMB), making school fees payment for your ward in tertiary schools, registering a new company, paying Customs Duty, FIRS, and Immigration, you name it, Remita, is the powerhouse behind the payment.
The trust which the government has placed on the brand started with a competitive bidding process during the commencement of the President Buhari Administration in 2015.
The company emerged the successful bidder in a process that included top Fintech companies across the world, to provide a payment gateway for the Treasury Single Account programme that was fully implemented in 2015, having been partly executed by the Goodluck Jonathan Administration in 2012.
Being the payment channel to all government Ministries, Departments and Agencies (MDAs), and providing payment channels for over 500 banks and other financial institutions, many easily confuse Remita as a financial institution. Whilst some people have erroneously held the platform responsible for fee increases, others have claimed that it is a foreign software, perhaps due to the ubiquitous yet efficient service delivery, which may have been deemed beyond the hitherto competence of indigenous providers. This is however not the case, Mr Deremi Atanda, Executive Director of SystemSpecs explains, “We have been a payment facilitator for over 15 years. What we do through Remita is that we help you move your money from where it is to where you want it to be.”
Is Remita the same as TSA?

Financial Pundits have tirelessly explained that Remita is not TSA, and that it is neither an agency of government nor affiliated to any government for that matter. Whilst Remita is an application or software for executing payment instructions, TSA is an IMF initiated financial policy, proposed by the federal government of Nigeria in 2012 under the President Jonathan’s administration and was fully implemented by the current administration, with the aim of consolidating all inflows from all agencies of government into a single account at the Central Bank of Nigeria(CBN) for efficient management and control of government’s cash resources.
Being the choice e-payment platform in the country, Remita is integrated with all commercial banks in Nigeria including over 500 OFIs, ERP systems and portals of many organisations, and helps in ensuring online validation of receipts whereby designated officers are authorised to confirm any presented online receipt to curtail fake presentation of receipts in government business transactions.
With close to N9trillion recorded as cash inflows, and another N108billion saved from bank charges as at March 2018, Remita is no doubt the long-awaited tool helping to reorder Nigeria’s fiscal management structure and checkmating both overt and covert scale of financial impropriety in the Nigerian public, and even private sector.
A note for Start-ups
The continued existence of SystemSpecs can only happen through continuous innovation. In a country where start-ups die out within the first few years of incorporation, SystemSpecs has managed to weather the storms for over 28 years whilst its flagship product, Remita continues to stay relevant 15 years after it was created. Besides its use as a payment gateway for the TSA, Remita boasts of a large clientele in the private sector, including multinational organisations. In the public sector, it is used as a collector and payroll software in at least 7 states.
Despite the success of Remita, SystemSpecs is not resting on its oars. The company continues to upgrade the Remita solution to solve more problems for more people. One of the most recent projects is its link payment solution, Paylink. Whether you are an entrepreneur, freelancer, religious organisation or charity, Paylink provides users with the convenience of collecting money for a product/service rendered or donations from a wide array of payment channels using a single link. 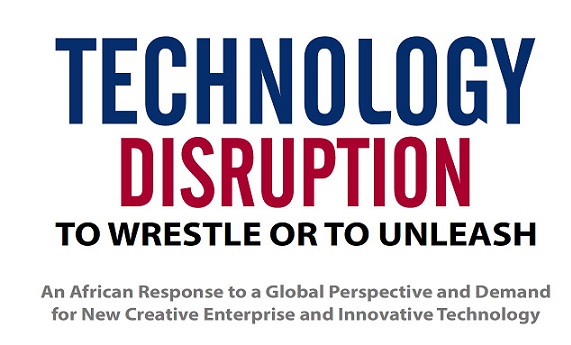 With portfolio of such innovative solutions, we are left on our toes guessing what to expect next from this home-grown giant outshining its foreign peers.
Professor Osinbajo, during the Friday chat, reiterated Nigeria’s readiness to elevate its FINTECH journey beyond the usual government rhetoric. With the CBN and BOI creating robust special funds to support established and start-up FINTECH companies, and several firms such as SystemSpecs, consistently providing decades of effective solutions to individuals, corporate organisations, and governments, Africa may be on the verge of a truly disruptive digital economy.

IPMAN ‘ll not be part of  intended strike- Suleiman