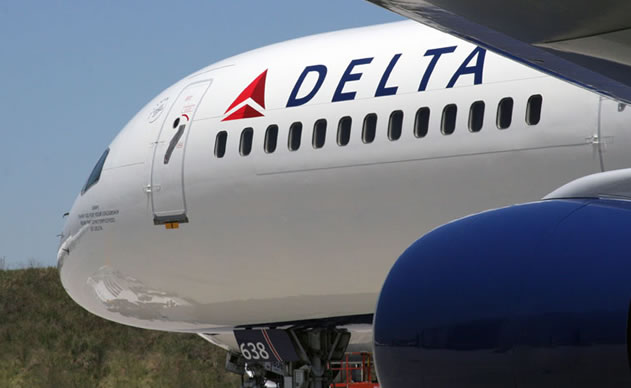 Delta Airlines says it will be launching another three weekly nonstop flights from Lagos to New York-JFK, in addition to its existing four-times a week service to the United States.

According to the airline, the Lagos-New York flight, which will be effective from March 25, 2018, will make its operations daily, from Nigeria to its US hub.

The airline said the service was part of activities to celebrate its 10 years of service to Nigeria in December and as the only carrier to offer nonstop service between Nigeria and the US.

A statement by the airline quoted its Senior Vice-President Transatlantic, Dwight James, as saying that Nigeria had been a strategic market for the airline over the past 10 years and a mainstay of its African network.

He said, “Delta will operate both its New York-JFK and Atlanta routes using Airbus 330-200 aircraft, equipped with Wi-Fi and features 34 fully flat-bed seats in the Delta One cabin.

“As we look ahead to the next decade, we are improving the product offering with the A330 and increasing the number of seats from Lagos. Delta’s Lagos to New York-JFK flight will operate on Tuesdays, Thursdays and Sundays and the return, on Mondays, Wednesdays and Fridays. Night-time departures from Lagos have been scheduled to offer customers easy connections to more than 60 onward destinations via Delta’s New York-JFK hub including Boston, Washington, Baltimore and Chicago.”

The Delta’s Commercial Director for Africa, the Middle East and India, Jimmy Eichelgruen, was also quoted to have said that the airline was proud to be the only airline to offer service to multiple US destinations from Nigeria.

“Nigeria is an important market for Delta and this new flight reflects the increased demand for travel between the US and Lagos. Alongside the increased number of travel options, our service is tailored for our Nigerian customers, offering regional cuisine using local ingredients and showing popular Nollywood blockbusters as part of our in-flight entertainment,” he said.