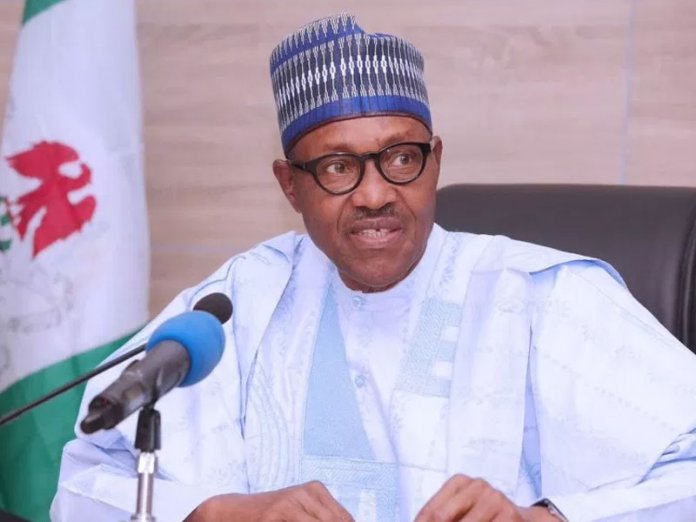 President Muhammadu Buhari wednesday instructed members of the Presidential Committee on the Impact of COVID-19 on the Economy to ensure that the pandemic does not obstruct the implementation of critical infrastructure projects as well as payment of workers’ salaries.

The president gave the instruction while receiving a briefing from the committee at the State House, Abuja.

Members of the committee are: Minister of Finance, Budget and National Planning, Mrs. Zainab Ahmed; Minister of State for Petroleum, Chief Timipre Sylva; the Governor of the Central Bank of Nigeria (CBN), Mr. Godwin Emefiele; and the Group Managing Director of the Nigeria National Petroleum Corporation (NNPC), Malam Mele Kyari.

Ahmed told journalists after the meeting that Buhari issued a directive authorising the Ministry of Finance, Budget and National Planning to ensure a flow of funds for the execution of critical infrastructure projects such as road and rail projects.

Ahmed, who said the president also advised that local inputs be deployed for execution of the projects, added that Buhari said doing so would enable the country to retain value within its economy.

According to the minister, Buhari also directed the immediate payment of workers’ salaries and charged the committee to ensure that measures meant to protect the poor and the vulnerable are also put in place.

“Well, he has directed that we should make sure that salaries are paid, make sure critical infrastructure like roads, rails are protected (and) as much as possible use local inputs so that we retain value within our economy, and also make sure that we have measures that protect the poor and the vulnerable.

“This meeting was to brief Mr. President as the situation keeps evolving on a daily basis. The health crisis gradually expands, affecting states, and so also, the lockdown that has been ordered to help curtail the expansion of the health crisis.

On his part, Emefiele said the state of the economy was not as bright as it should be.
According to him, the global pandemic would naturally result in stunted growth, which might culminate in a global recession, adding that the adverse effects of the pandemic would be harsh.

However, Emefiele said what they were trying to do was to see how the situation in Nigeria could be managed in a way that the country would still come out strong at the end of the pandemic.

He said: “The global economy, naturally, like we all know at this time, will naturally, suffer growth problems and may even lead to recession globally.
“So, we are trying to see what we can do as a country to rescue our own situation so we don’t go the direction many will go.

“It is not going to be easy but we can only assure our people that we are on top of it and that we will resolve it and Nigerians will still be better for it.”

Also speaking, Sylva said the economy was not currently in the best condition as a result of the spread of COVID-19.
He added that the continuous fall of the prices of crude oil in the international market virtually every day has further compounded the crisis.
He stated that the committee would constantly brief the president on the activities of the committee and the impact of COVID-19 on the economy.