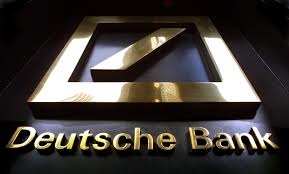 A unit of Deutsche Bank A.G. conceded that it misled investors and violated securities laws and will pay more than $40 million to settle charges that it misinformed clients about how it routed orders to anonymous trading platforms known as dark pools, regulators said on Friday.

According to Thomson Reuters, the bank agreed to pay $37 million to settle charges from federal and New York state regulators, and an additional $3.25 million to the Financial Industry Regulatory Authority, Wall Street’s self-funded regulator.

In settling with both the New York Attorney General and the U.S. Securities and Exchange Commission, Deutsche Bank also admitted that its marketing materials about how it routed orders to various dark pools were misleading. The problems were due to a computer coding error, according to the documents related to that settlement.

FINRA’s charges against the bank, meanwhile, revolved around “deficient disclosures” by the bank’s own dark pool trading platform itself. The bank settled that matter without admitting or denying any wrongdoing.

“Deutsche Bank is pleased to have resolved these matters,” Deutsche spokeswoman Amanda Williams said in a statement. “We believe that all concerns described in the settlements, which do not allege intentional wrongdoing or misconduct, have been remediated.”

The SEC in recent years has been on the prowl for violations of complex equity market structure rules that are designed to ensure fairness for all investors.

Those cases have targeted exchanges, brokers and dark pools for a variety of problems, from misleading investors about their services to giving some investors an edge by providing them with faster access to trading data.

This marks the third joint case filed this year against a big bank by the SEC and New York in connection with dark pools.

Barclays P.L.C. and Credit Suisse Group A.G. previously settled charges in connection with misleading investors in dark pools, a type of alternative trading platform that is similar to an exchange, but with less price transparency.

But the SEC and New York’s case against Deutsche is distinct.

Unlike those two prior cases, which involved the banks misleading investors in their own dark pools, Friday’s main case against Deutsche Bank centers on problems with its order router known as SuperX+.

Order routers are computers that decide where client orders should be sent in order to obtain the best possible execution.

The SEC and New York Attorney General Eric Schneiderman alleged that the bank marketed this router as having a competitive edge because of its “dark pool ranking model,” which was able to review multiple dark pool trading venues and determine which one would provide an investor with the best deal.

But a coding error that lasted from January 2012 through February 2014 led the bank to use stale data to rank the various dark pools.

The stale data caused at least two dark pools not affiliated with Deutsche Bank to receive inflated rankings, and the SEC said millions of orders would have been sent elsewhere by the SuperX+ if the data had been properly updated.

“Broker-dealer customers expect to be told if a routing program like Deutsche Bank’s does not function properly, relies on stale data, and routes millions of orders contrary to the described methodology,” said Robert Cohen, the co-chief of the SEC Enforcement Division’s market abuse unit, in a statement.

Banks are under no obligation to reimburse the tens of thousands of people who have lost money totaling hundreds of millions of pounds (dollars) by making transfers from their bank accounts to fraudsters, a British regulator ruled on Friday.

The Payment Systems Regulator, part of the Financial Conduct Authority (FCA), was responding to a complaint from consumer rights campaign group Which? about authorized “push” payments or APP.

APP scams involve bank customers being tricked by phone or email into transferring money to a person or organization they believe to be legitimate.

Which? has argued that banks should reimburse such transfers in the same way as they already do for scams involving direct debit, credit and debit card payments and fraudulent account activity.

However, the Payment Systems Regulator said there was insufficient evidence to force banks to reimburse APP payments, although it will consider whether it should propose changes as more evidence emerges.

“In a short space of time we have built a clearer picture of the problems we are facing, and it is evident that this type of scam is a growing problem that needs to be tackled,” Hannah Nixon, managing director of the Payment Systems Regulator, said.

“Tens of thousands of people have, combined, lost hundreds of millions of pounds to these scams, but the data we have seen so far is incomplete. We need a concerted and coordinated industry-wide approach to better protect consumers, and we need it to start today.”

Which? said the regulator had let banks off the hook by failing to address the issue of liability.

“The outcome for people is, unfortunately, that they will continue to be scammed out of millions of pounds. We need to see swift action and not see this kicked into the long grass in the second half of 2017,” said Alex Neill, managing director of Which?

The Payment Systems Regulator announced a package of measures to reduce fraudsters’ ability to carry out scams and, when they do occur, to increase the chances of recovering the money.

It has asked the industry to develop a way of legally sharing information to help victims recover their money.

“We look forward to working with all parties … to help develop a common understanding of what can and cannot be shared under existing legislation and then develop actions needed to change that legislation if necessary,” the Financial Fraud Action U.K. payments industry association said.

The sector is also being told to develop, collect and publish “robust” statistics on scams.

Christopher Woolard, executive director of strategy and competition at the FCA, which also received the Which? complaint, said the FCA would address any “firm-specific” issues directly, and take further action if needed

How Insurance Can Building Customer Loyalty during Holiday Season