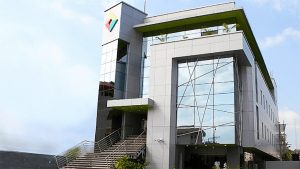 Management of the Diamond bank plc has blessed many since inception of Diamond savingxtra promo as more winners have emerged even in the recent DiamondXtra directorate draw where 41 lucky customers were rewarded with cash prizes and a star prize of a Hyundai SUV at the season 8 grand finale draw held in Lagos.

Speaking at the event, Head, Retail performance, Lagos/west district, Chigozie Onyeocha stated that Diamond Bank’s sincerity in purpose is highlighted in the fact that eight years after the inception of the savingsxtra scheme, the bank still retains the same passion to rewarding its loyal customers.

Onyeocha informed the gathering that Diamond Plc has given out over N4 billion over the course of the promotion.

In his words “Diamond Bank is committed to meeting the needs of all our customers nationwide. “We are inspired to do more for new and existing customers and the SavingsXtra reward scheme is just one of the ways in which we say thank you for being loyal to the bank’’\r

He further explained that to qualify for the draw, all a customer needs to do is maintain a minimum monthly balance of N5, 000. Each sum of N5, 000 represents a single entry meaning that additional deposits will represent multiple entries thereby increasing the customer’s chances of winning.

Present at the event where representatives from the national lottery commission and leading audit firm KPMG who endorsed the authenticity of the draw process which saw 10 customers win 1million naira, 30 customers win N500, 000 and 1 lucky winner drive home the star prize of a brand new SUV.

The ceremony also had in attendance past winners who came to share testimonials of how Diamond Bank has improved their lives through the SavingsXtra promo.

Onah Emeka, a past winner in the salary-4-life category, said he didn’t believe until he went to his branch. He communicated that with his earnings he has started building a house and has been able to prosper his provision business to suitably take care of his family.

Adebayo Omotunde whose story aroused emotions within the gathering, informed all present that he had lost all his goods to a fire accident and was without hope before he got the call that he had won in the Diamond SavingsXtra promotion.

He further stated that the money he received has greatly helped him stabilize and he is currently flourishing as a land developer. Diamond bank through the Diamondxtra reward scheme, has continued to impact positively on lives and families across the nation since 2008.