The Management of the floor of the Nigerian Stock Exchange (The NSE) in their traded data released over weekend showed the Diamond Bank Plc, Zenith International Bank Plc and Guaranty Trust Bank Plc by volume, accounted for 336.181 million shares worth N5.680 billion in 2,936 deals, contributing 37.49% and 36.96% to the total equity turnover volume and value respectively 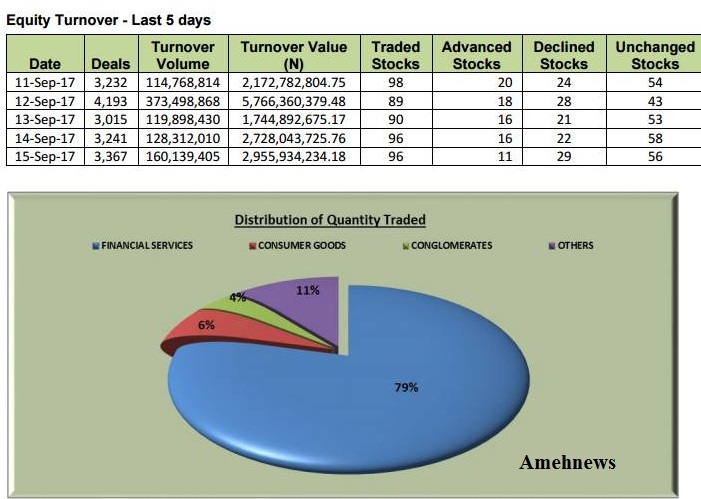 According to the statement a total turnover of 896.618 million shares worth N15.368 billion in 17,048 deals were traded this week by investors on the floor of the Exchange in contrast to a total of 887.024 million shares valued at N17.450 billion that exchanged hands last week in 16,955 deals.

“The NSE All-Share Index depreciated by 2.65% to close the week at 35,005.57 and Market Capitalization  down by 2.63% to close at N12.068 trillion respectively. Similarly, all other Indices finished lower during the week with the exception of NSE Oil/Gas index that rose by 0.17%.

How to Register/Apply for Diamond Bank Online Banking System