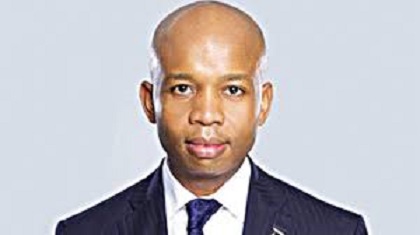 Due to rising interest expenses was the only major adverse development on Diamond Bank’s income statement at the end of half year operations. Its impact strong enough to hinder the bank’s ability to convert revenue into profit. Revenue performance strengthened during the period, as interest income that has been declining since 2015, registered a surprising leap of over 30% year-on-year.

Non-interest income however declined during the period in spite of which the bank looks promising to rev up gross earnings from a decline in the preceding year. Loan loss expenses, which have hurt profit capacity in the preceding two years, moderated at the end of June. That was however insufficient to counter a 50% rise in interest cost and an increase of over 10% in total operating expenses.

Profit was therefore flat for Diamond Bank at the end of half year. The bank has seen profit drop for the third year running at the end of last year. Will there be a rebound this year or a further drop isn’t certain in the light of the unstable pattern of the bank’s earning story over the past three years.

Loan loss expenses may grow massively in the second half of the year as happened in 2016, which will diminish profit capacity considerably. While the bank reported credit loss expenses of N19 billion at the end of June last year, it ended the year with nearly three times that figure. Consequently, its half year profit figure of N9 billion fell to N3.5 billion at full year.

Half year operations for 2017 ended with gross earnings of N114 billion, an increase of 16% year-on-year. The increase was accounted for exclusively by interest income, which recovered from a decline of 5% in 2016 and advanced by more than 30% year-on-year at the end of half year. Non-interest income, led by net trading income, dropped by 18% to below N25 billion over the period.

The earnings outlook indicates gross earnings in the region of N230 billion for Diamond Bank at the end of 2017. That will be an increase of 8% over the gross income of N212.4 billion the bank generated in 2016. The bank had suffered a decline of 2.2% in gross earnings at the end of the 2016 financial year.

The bank posted an after tax profit of N9.32 billion, a flat movement from the corresponding figure of N9.05 billion in the same period last year. If the pattern of last year is repeated this year, a big rise in loan loss expenses in the second half could undermine profit performance at full year. The bank’s full year profit outlook is therefore uncertain.

The respite that came from a decline of 13% in interest expenses last year is presently missing, as interest cost is leading the cost increases. The bank has been losing profit since 2014 and whether there would be a rebound or a further drop this year is the development to watch in Diamond Bank in 2017.

Net profit margin is down from 9.1% in the same period last year to 8.2% at the end of half year. The half year record last year fell to 1.6% at the end of the year and the figure for the current year isn’t expected to be maintained to full year.

Though bank earned 40 kobo per share at the end of first half, inching up from 39 kobo in the same period last year. The half year figure last year dropped to 15 kobo at full year and the pattern can be expected to be repeated in the current year. The bank’s earnings peak happened in 2013 when it earned N1.97 per share. Its last dividend was 10 kobo per share it paid for its 2014 operations.