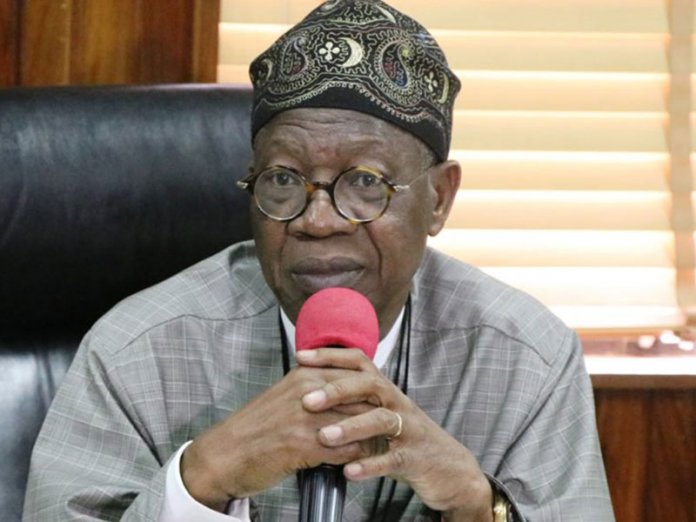 The ongoing process of switchover from analogue to digital broadcasting when completed, will yield $1.1 billion revenue and create two million jobs, the Minister of Information and Culture, Alhaji Lai Mohammed, said wednesday.

The minister who made the disclosure while briefing journalists after the Federal Executive Council (FEC) meeting in the State House, Abuja, said the ministry had also put the machinery in place to create additional 1 million jobs.

Giving a breakdown of the proposed revenues, Mohammed said $1 billion would be realised from the sale of the spectrum that would be vacated when the analogue to digital migration is completed, while additional $1 million would be generated from the collection of television licences and digital access fees.

According to him, with the initiative and other initiatives from the ministry, no fewer than 2 million jobs would be created in the next three years in accordance with the vision of President Muhammadu Buhari to lift 100 million from poverty.

He said: “But the good news, as contained in today’s presentation, is that the Ministry of Information and Culture is set to create over 2 million jobs within the next three years. We are doing this through the implementation of Deliverable number seven, which mandates us to collaborate with the private sector to create jobs for the youth.

“Gentlemen, the number one job creator under the Ministry of Information and Culture is the Digital Switch Over (DSO) in broadcasting, which is set to create 1 million jobs in the next three years through the manufacturing of set-top-boxes (decoders) and TV sets, TV and Film production, as well as TV and Online advertising and Data, among others.

“Of course, the DSO will also fetch $100 Million from the collection of TV licences and Digital Access Fess, as well as $1 billion from the sale of the spectrum that would be vacated once the Analogue to Digital migration has been completed.

“Please note that we have so far rolled out the DSO in five states (Enugu, Osun, Kwara, Kaduna and Plateau States) as well as the Federal Capital Territory. We are now set to extend the rollout to all parts of the country.”

The minister who said he presented the account of his stewardship from August 2019 to June 2020 to the council, submitted that the reform in the advertising industry would also yield $200 to $400 million revenues and also create thousands of jobs.

“Also, the ongoing reform of the broadcast and advertising Industries is aimed at strengthening the industries so they can live up to their billing and generate more job opportunities. In the broadcast industry, the reform will, among others, propel revolutionary advantages in the area of promoting entrepreneurship in the local industry.

“As for the Advertising Sector, bringing Nigeria’s TV advertisement market to what it should be, which is three times its current size, could result in additional $200-$400 million revenue to the industry, in addition to creating thousands of jobs,” he said.

He added that the cultural industries centres that are scattered across the country have the capacity to create 500,000 jobs within the next three years, adding that another 100,000 jobs would be realised from the restoration of museums, especially in Lagos, Plateau and Kwara.