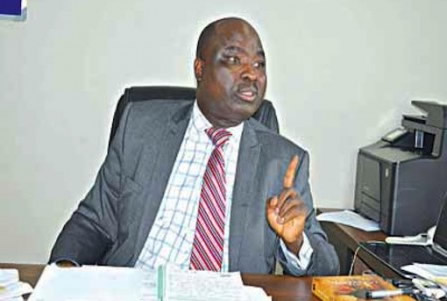 Electricity distribution companies under the aegis of Association of Nigerian Electricity Distributors have blamed the Transmission Company of Nigeria and the weak transmission infrastructure for outages in the country.

In a statement issued in Abuja on Sunday, the spokesperson for ANED, Mr. Sunday Oduntan, also said it was wrong for the TCN to classify natural drop in electricity demands at nights as a rejection of supply by the distribution firms.

Oduntan said that the distribution stress test reports of most of the Discos revealed an average station capacity utilisation of less than 50 per cent due to the TCN’s infrastructural limitations.

He cited an instance at the Ibadan Disco where about 803MW of its 1,538MW capacity was restricted due to the TCN’s undersized 132kV line conductors at Ayede/Sagumu/Ijebu-Ode, aged indoor breakers and transformer capacity limitations.

Oduntan also cited the review of the National Control Centre’s report for September 3, which he claimed pointed to transmission frequency constraint as constituting the biggest impediment to the flow of energy for the Discos.

“Of note are the Discos’ legitimate concerns of the TCN’s need to stop the indiscriminate load dumping to impractical network areas that make distribution inefficient, unviable and impracticable for technical and commercial efficiencies due to poor infrastructure construction, substandard materials and inefficient reckless approvals of grid extensions for political considerations and interference during the days of NEPA/PHCN,” he stated.

Oduntan urged the TCN to quickly upgrade its infrastructure in order to reduce the forced outages it was causing electricity distributors and consumers alike.

He explained that the drop in electricity demand by customers at night was natural and should not be construed as load rejection as the TCN had been claiming.

The ANED spokesman said, “What has happened is the inaccurate rendering or misinterpretation by the System Operator of Discos’ minimum and maximum load readings. The SO in its recent allegation of load rejection against the Discos wrongly projected the load drop/demand during off-peak hours (night times) as load rejection.

“This is not and cannot be labelled as load rejection by the Discos. Naturally, Discos take and distribute more energy during the day time/business hours than night time when demand is generally low due to lesser demand. The unfair interpretation of off-peak energy data as load rejection is grossly inaccurate and misleading.”

Oduntan added that the occasional times the Discos had been unable to distribute energy received were directly due to the inadequate infrastructural interface of the TCN with the Discos.

N’Assembly will get 2018 budget next month – Enang