Director General of the Debt Management Office (DMO), Dr. Abraham Nwankwo, on Monday corroborateded the federal government’s resolve to incline more of its borrowings in favour of external sources as contained in the new Debt Management Strategy (2016-2019) which was approved last week by the Federal Executive Council (FEC). 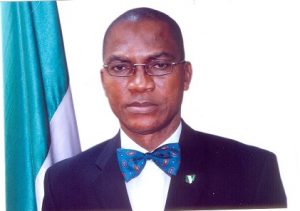 Nwankwo said a major advantage of remixing in favour of external debts was that it offered the country cheaper cost of funds, thereby lowering debt servicing obligations.

External debt (or foreign debt) is the total debt a country owes to foreign creditors, complemented by internal debt owed to domestic lenders. The debtors can be the government, corporations or citizens of that country

“The new national borrowing guide also provided for the remix of the domestic composition of total debt portfolio to a maximum of 25 per cent of short term and a minimum of 75 per cent of long-term compared to the current status of about 31 per cent of short-term and 69 per cent long-term.

He also said sourcing funds externally, under the present circumstance, especially from multilateral institutions would help to avoid the risk of crowding out the private sector from access to the domestic markets.

The DMO Boss said:”Therefore, given the momentum government is bound to create in resuscitating the economy, the private sector would be expected to require massive resources as well and it becomes necessary to leave more space for the private sector to mobilize the resources they require to be able to complement government’s initiatives.

“As you know, within the context of government’s economic programme which requires massive investment in infrastructure, and diversification of the economy, the private sector is still expected to play the lead role so that as government makes its own expenditure in infrastructure and improving the business environment, you expect the private sector to key in, in developing the various sectors of the economy including agriculture, solid minerals, manufacturing among others.”

“All efforts are focused on diversifying the economy in a sustainable manner. We have all it takes in terms of variety of opportunities in agriculture and solid minerals for example. No person doubts that with commitments and focus over the next few years,meet should be able to export at five to seven products in addition to export of oil and derived products. So if we are able to do that over the next seven years, there’s no doubt that your foreign exchange condition will be significantly and sustainably better than this, not only as it is today but as it has ever been.”

He said:”So, we should be in the first time, in a much better position that we’ve ever experienced in our economy. As I said, you complement this with the fact that much of the foreign exchange expenditure we make now are avoidable. So when you calculate it on both the demand and supply side, you find out that certainly in the next five to seven years or even within a shorter period, our foreign exchange situation will be much more favourable.

So thinking in terms of medium to long term, the strategy is about right because we are not bogged down by our currently situation, rather we are inspired on where we must be going forward. The focus of our diversification is on export manufacturing export oriented agriculture and exposed oriented services but this would be complemented by the fact that we have credible capacity to substitute most of the things we now import.”

He added:”I wish to reiterate our believe that Nigeria and Nigerians should not be bogged down by the current challenges, rather we should take advantage of these challenges as stepping stone to achieve our ultimate position in terms of our position in the global economy. And when we look at the opportunities and possibilities which are very credible given our resource base, given the number of things we can do better than we’ve ever done, there’s no doubt then that in the next few years, they will be significant improvements in employment generation, poverty reduction and in the living standards of our people and more importantly, we should be inspired by the fact that the picture of the further which we see is a sustainable one; it’s not one that will be bedeviled as in the past by volatilities in the oil market.”