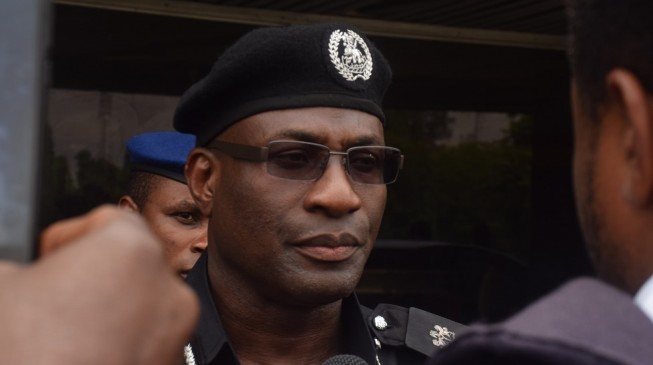 Fatai Owoseni, Lagos state police commissioner, says some divisional police officers (DPOs) in the state are on the payroll of fraudsters.

Speaking on Tuesday at a lecture on code of conduct for law enforcement officers, Owoseni said the era of impunity and corruption among officers cops was gone.

He warned area commanders and DPOs to shun bribery or leave the state.

Owoseni gave those who could not play by the rules the option of coming to him for transfer.

“It is your responsibility as a DPO to know those who are collecting bribe under you. If you refuse to stop them, they will stop you from being a DPO,” he said.

“It is embarrassing to see policemen collecting bribes and chasing yahoo yahoo boys for a DPO. I would not cover any DPO, I will expose you. Just leave Lagos before I get to your station; I cannot share out of your misconduct. I will give your photographs and details to journalists to expose you.

“I am shocked to hear that some area commanders and DPOs are on the payroll of fraudsters. I am investigating; just pray that I don’t get you. Just know that you are causing pains for taxpayers if you are intimidating them and collecting bribe from criminals.

“It is a curse to build a house with such money; the building would collapse on your head. Some of you even take people to the bank to collect money. If you train your children with the money, they won’t be useful to you.

“If those who were in the force before us bastardised it, we would not have the opportunity to be enlisted in the police.”

He also warned against indiscriminate killings, citing the example of a DPO in Surulere who is currently in detention for killing a young man.

“I am tired of pleading with police victims because you are doing what you are not supposed to do.

“Go back to your areas of jurisdiction and warn your men against brutality, indiscriminate use of handcuffs on pregnant women, elders and persons with disability.

“Special Anti Robbery Squad (SARS) should take note. I will not tolerate any act of indiscipline.

“Learn a lesson from DPO Ijeshatedo, who shot dead a fashion designer. He is in our custody and we are compiling charges against him. He would soon be arraigned in court.

“All DPOs in Ikorodu should use all resources within their disposals to fish out Badoo cult group that has been causing havoc in the community. I am giving you all 48 hours to decongest your cells. Nobody should be detained more than 48 hours. I will conduct checks on the cells.”