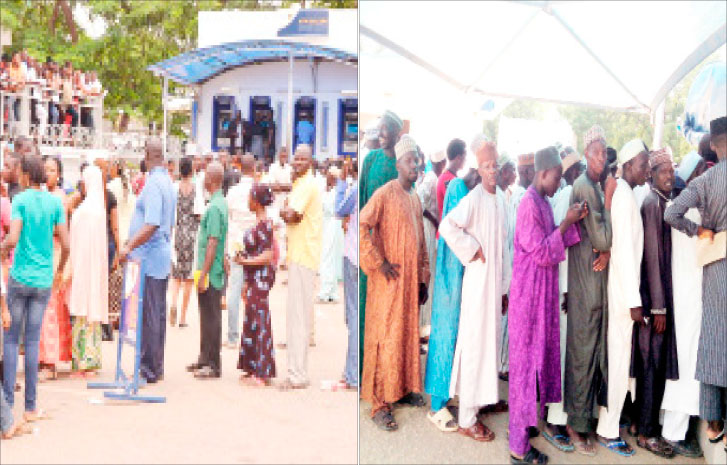 INTERNET use in Nigeria is the highest in Africa and one of the highest in the world. Our usage triples that of South Africa and Niger Republic put together. We have over 98 million Internet users, meaning we have more people online than there are people in the whole of Southern Africa.

According to statistics, most of the users are youths and they spend more time on social media and chat forums. Facebook statistics show that Nigeria has over 17 million Facebook users, one of the largest users of the social media.

However, despite advancements in the Internet space, Nigeria still lags behind when it comes to e-business, with most transactions still being done in person while most payments are still done with cash.

According to a research finding, this is mostly caused by the lack of infrastructure, which has not allowed electronic business and banking to reach deeper into interlands. Most towns and villages in Nigeria do not have ATM machines while many do not have Internet.

Many youths are however taking advantage of the gap to make a living for themselves. Many young Nigerians have turned the Internet to a gold mine using the cyberspace to bridge the gap between buyers and sellers.

Kazeem, who sees himself as an e-trader, is a 22 years old man who lives in Kwara State. He does not have a shop or even any goods. He goes around stores in Ilorin speaking with traders who have actual goods. He then posts these goods online and waits for prospective buyers to contact him. He takes the orders online and returns to the store to pick the goods and deliver to the buyer. He makes a profit from selling a little above the actual price of the goods and also from the shipping cost, which he does by himself on his motorcycle.

There are numerous young Nigerians like Kazeem making money using the Internet. There is however a new set of young people capitalising on the failure of banks’ Automatic Teller Machines and or the lack of one to make cool cash.

Money peddling or transfer-for-cash is another new business young people have created out of electronic banking. These are not your regular money peddlers at parties that sell you new notes for a fee. These ones are more sophisticated.

Our reporter explained her first experience with money peddlers at an ATM gallery situated in the community where she resides.

She had experienced disappointment when the only ATM machine avaiable could not dispense cash. It was such a common phenomenon that people are usually surprised when the ATM machine actually works.

On this day, the reporter was in dire need of cash. She reluctantly strolled down to the ATM gallery having a plan B in mind of dashing off to another ATM far away from the community in case it disappoints as usual.

Before getting to the machine, someone signalled that it was not dispensing but she got curious as to why a few people were still hanging around and two men were busy punching in instructions to the machine with rapt attention. To her surprise, she noticed the first man handing money to the next man.

When she asked how he got the cash, he explained that the he transferred the amount he needed to the peddler’s account, the peddler gave him the cash he needed while deducting a 200 Naira fee for the service. The journalist didn’t think twice before doing business with the peddler.

“I was relieved. That simple transaction saved me from going as far as Fagba from Oke-Aro just to use an ATM machine. I would rather give him the N200 he charged than travel that far just to get money. Moreover I would have spent the same N200 to and from Fagba for the same transaction,” she explained.

Oke-Aro, a small community in Ogun State has no ATM machines and the residents have learned to rely on these money peddlers to get cash.

“Running out of cash in such remote community is no joke. The only accessible ATM machine is a few kilometres away. You have to take at least N50 bus or N150 bike to get there. So you see, you still need money to be able to get the money you need. It was very inconvenient. Before the ATM machine in a filling station before Iju/Ishaga bus stop was installed, people went as far as Fagba before they could gain access to a bank,” Lolade a resident said.

She stated that it was a relief when an ATM machine was installed in the community less than two years ago. Due to the ever-increasing population of the community, the single ATM machine could barely serve them. The machine runs out of cash few hours after being loaded by the bank officials. “Because the road to the community is in a bad state, coupled with the distance, it takes days before bank officials come to load the machine again. There was a period they only came on Mondays, meaning that once the cash loaded is exhausted, no hope until another Monday,” she said

Patronising money peddlers could help save many from travelling just to get money. A regular costumer of the peddlers, Omowumi Sani referred to them as lifesavers. She said that after being disappointed by the ATM machine several times, she stopped trying her luck until someone told her there are people who hang around when the ATM is not dispensing.

Kindly Share This Story: The Governor of the Central Bank of Nigeria, Mr Godwin Emefiele,…