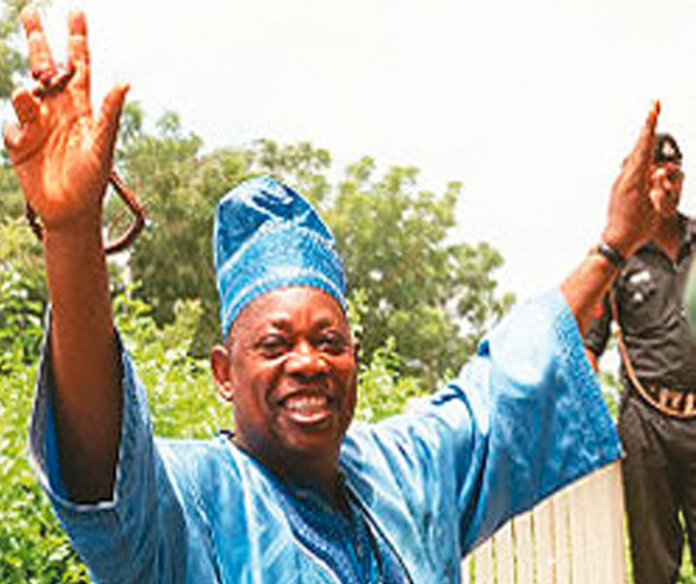 As pro-democracy activists, students, and political office holders gather today to celebrate the historical developments that altered the course of history in Nigeria, 28 years ago, the reality is that the Presidential Election of June 12, `1993 remains a watershed in Nigerian history.

It was President Muhammadu Buhari, who in 2019 decided to change the nation’s Democracy Day to June 12, in honour of Abiola, the acclaimed winner of the controversial election, and to placate the people of the Southwest region, who had recognised the day as symbolic right from the onset.
Analysts said the change carries heavy symbolism for a country that had known more years of being ruled by military men than by democratically elected leaders.

Indeed, June 12 carries huge significance for older Nigerians. It was on this date in 1993 that a presidential election was held for the first time since the 1983 military coup. It was an event many observers have described as the most significant in Nigeria’s post-independence political history. It is still viewed as the freest, fairest, and most peaceful election ever held in Nigeria.

It was an election superintended by the former military ruler, Ibrahim Babangida, who took over from Buhari in a bloodless coup in 1985. Coincidentally, it was a similar coup by Buhari that terminated the Second Republic government of Shehu Shagari on December 31, 1983.
So, on June 12, 1993, Nigerians – irrespective of ethnic, religious, class, and regional affiliations – defied bad weather to elect their president with the hope of ending eight years of military dictatorships.

Ominous signs
However, events preceding the June 12, 1993 elections had been raising doubts about the seriousness of the military to return to barracks as the Babangida administration came under serious criticisms by the human rights and pro-democracy communities.

This was because the transition programme of the IBB military dictatorship had become interminable and endless; the deceptive dictator had lied his way through several postponements, thus by the time of the commencement of this particular phase of the endless transition, the general populace, including elements of the ruling elite, had long ceased to trust or believe the dictator; particularly after the series of banning which excluded the leading political elites from the transition process.

So when Nigerians trooped out to vote for the two candidates-Bashorun Moshood Abiola and Bashir Tofa- fielded by the two registered political parties, the Social Democratic Party and Nigerian Republican Convention, respectively, it was with a heave of relief and with the expectation of liberation from a long period of military rule. While Abiola picked ex-diplomat and former Chairman of the party from the north-east, Baba Gana Kingibe as his running mate, Tofa settled for Sylvester Ugoh, a Christian from the south-east, thereby creating a regional and religious balance.

Abiola was a businessman, publisher, politician, and aristocrat of Yoruba descent. He made his fortune through various enterprises, including communication, oil, and gas. He made his first, unsuccessful run at the presidency in 1983. By then, Nigeria had endured a great deal of political upheaval since its 1960 independence.

As election day drew near, some pro-democracy activists began to warn of some sinister moves by the military ruler to truncate the election, but the Babangida administration insisted the election would certainly hold.
However, the plot thickened on June 10, 1993, when an organization with ties to the military, Association for a Better Nigeria – led by Chief Arthur Nzeribe – obtained a high court injunction against the holding of the election based on alleged corruption.

Using Court to Scuttle People’s Mandate
The judge, Justice Bassey Ikpeme (now late) who was described as a close associate of the then Justice Minister, Akpamgbo, did not hesitate in granting the injunction on June 10, two days to the election. Before this suit, the ABN and a shadowy “Committee of Elder Statesmen” co-ordinated by Mazi S.G. Ikoku and Alhaji Tanko Yakassai, had launched a series of campaigns in conjunction with Nzeribe’s ABN to prolong Babangida’s stay in office.

Alarmed over these devices, the Campaign for Democracy (CD), a pro-democracy outfit then led by Dr. Beko Ransome-Kuti, headed for the court to restrain the ABN from its nefarious activities. Joined as defendants in the suit were General Ibrahim Babangida and Chief Ola Olatunde, National Director of Operations of ABN. (It later turned out after the election that “Ola Olatunde” was a fictitious name). The third defendant was the Attorney-General of the Federation.
The National Electoral Commission (NEC) promptly issued a statement, disregarding the court order, stating that the election would go on as scheduled.

When it became apparent that Bashorun Abiola was emerging as the winner from the 14 states results already released, the government and ABN hatched another plan.
They ran to court again to obtain an order to stop the further release of the results of the election. And ready to play the good boy was Justice Saleh who in his chambers on June 16 immediately granted the order stopping further announcement of the result. Curiously, even though the motion to stop further release of the result was on notice, Justice Saleh granted it ex-parte without hearing NEC.

From this stage, activities started to unfold at dizzying heights. NEC remained adamant. Its lawyer went to the Court of Appeal, Kaduna, armed with the full result which is filed along with its notice of appeal.

Resurfacing of Civil Unrest
For the mass movement, the annulment was a vindication of its analysis of the inherent deception in the transition programme, and the implication was the elongation of the rule of the dictatorship. Thus was the stage set for a monumental epochal and historic popular uprising and revolution of the Nigerian peoples.

In the aftermath of the election, the government proscribed or shut down media houses, and arrested journalists. The government issued decrees preventing court cases on the annulled election. NEC’s activities were terminated.

There was a moment of relief when Abiola flew to London and Washington in August 1993 to seek international support for his presidency – he subsequently returned on 24 September. Soon civil unrest resurfaced in the southwest, with banks and businesses shutting down.

Riding on the back of the massive support he got, Abiola announced his readiness to disobey the law as the military refused to yield to pressures from local and international interests.
He said, “I might embark on the programme of civil disobedience in the country. If those who make the law disobey the law, why (should) I obey it? There is a limit to the authenticity one could expect from a military ruler who is anxious to hang on to power.”

Abiola’s statement threw the country into an unprecedented crisis. The Campaign for Democracy spearheaded mass protests by calling for a five-day non-violent protest. However, the protests later turned violent, forcing Babangida to step aside after announcing a businessman, Ernest Shonekan as head of an Interim National Government, while General Sani Abacha was named as his Minister of Defence.

Abacha’s Iron Rule
On 17 November 1993, Abacha toppled the interim government in a palace coup. He dissolved the legislature, as well as the state and local governments, and replaced the elected civilian state governors with military and police officers. He also banned all political activities.
To weaken Abiola’s camp, Abacha decided to appoint some civilian politicians into his cabinet. The list included Abiola’s running mate Baba Gana Kingibe as Foreign Minister, Former Lagos governor, Alhaji Lateef Jakande as minister of works and housing, among others.

Abacha also proceeded to create a Constitutional Conference for a transition to civilian rule. The conference began on 18 January 1994, though one-third of the delegates for the conference were nominated by the government, and the PRC could veto decisions of the conference.
Abiola was arrested and charged with treason in June 1994 after he declared himself president and commander-in-chief. Abiola’s arrest led to protests and strikes by workers in the petroleum sector, banking sector, and academia for nine weeks. The strike by the petroleum sector paralysed the economy. The Abacha government subsequently arrested union leaders and dismissed civilian members of his cabinet.

As opposition to his iron rule gathered steam, Abacha’s government in March 1995 announced an alleged coup attempt. Olusegun Obasanjo, Shehu Musa Yar’Adua, and Beko Ransome-Kuti were among those secretly tried and either sentenced to death or received lengthy prison sentences. In October 1995, Abacha set a timeframe of three years to hand over power to a civilian government. Sani Abacha died on 8 June 1998; Abiola died a month later while in detention on 7 July 1998.
General Abdulsalam Abubakar who succeeded Abacha later released Obasanjo, who was later fielded by the Peoples Democratic Party as the Presidential flagbearer at the 1999 presidential election which he won.

Heroes of the June 12 Struggle
One can hardly discuss the struggle for the actualisation of the mandate given Chief Abiola without a reference to people like the former deputy leader of the National Democratic Coalition (NADECO), Chief Abraham Adesanya who braced the odds to confront the Abacha regime at a time when his NADECO leader, Chief Anthony Enahoro had been hounded abroad.

The list also included Abiola’s wife, Kudirat, who was allegedly killed by Abacha’s hit man, Sergeant Rogers. There was also Chief Gani Fawehinmi, a fiery lawyer who suffered years of incarceration for his opposition to the military. Others include Frank Ovie Kokori, former secretary of the Nigerian Union of Petroleum and Natural Gas (NUPENG,) who called out strikes that paralysed the country and put the military on edge. He was imprisoned for a long time.
Prof Wole Soyinka, Prof Humphrey Nwosu, the head of the National Electoral Commission that organised the controversial presidential poll, Chief Ayo Adebanjo, Rear Admiral Ndubuisi Kanu(rtd) former Lagos Governor, Bola Tinubu, and Ayo Opadokun, were among people who confronted the military.

How Sustainable: LAGFERRY To Reward Water Transport Users With Cars