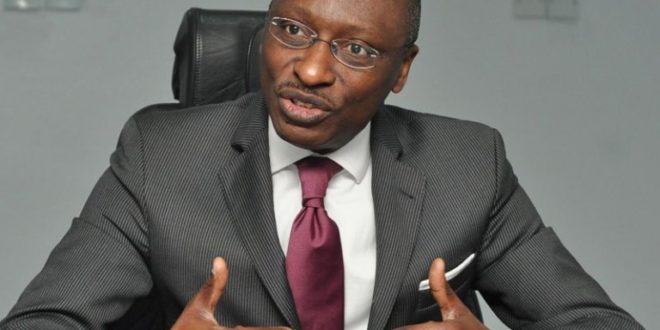 Nigeria limited restated that it has invested in state of the art mobile application that is fast and accessible and gives better transaction incentive to the users, thereby making their banking activities simpler, accessible and cheaper and at their fingertips . This is the bank’s strategy for financial inclusion, enabling more people do their banking transaction wherever and whenever without necessarily visiting the branches.

The Managing Director of Ecobank, Charles Kie who stated this in Lagos says that with this strategy, the bank hopes to increase its customer base in Nigeria to over 40million in the next five years. This represents 40 percent of the 100 million customers target of the Ecobank Group.
According to Kie, what financial inclusion “means for Ecobank is the ability to allow more people into the banking space, doing their transactions in cheaper and quicker ways”.

He maintained that some of the significant steps already taken include the ability of every citizen to download the Ecobank mobile app and open an Ecobank Xpress account within minutes on the go.

Also the Ecobank Mobile App enables customers do instant payments as well as do instant transfers
across 33 countries in Africa.  The Ecobank App, he reiterated is the first of its kind in Africa as it  has an innovative payment solution, the Ecobank Masterpass that allows customers the convenience to pay for goods at merchant locations by simply scanning a QR code on their phones.

Also Ecobank now has an enhanced Retail Internet Banking platform with much speed, stability and flexibility. On why the bank decided to merge some of its branches, Kie maintained that customers do not need to get to a physical branch before doing their transaction.

He alluded that “Ecobank is making banking as simple as possible, giving the power to customers to do it themselves wherever they are. Can you imagine people visiting banking halls just to check their account balances or transfer money; this is not the idea of modern banking. With the mobile technology, we have made banking cheaper and  more accessible.  This for us is empowering the average citizen in the street to do his / her banking without stress”.
Advertisement

He said with the branch merger, Ecobank now boast of 405 branches evenly spread across the country and supported with top of the range technology application.

In his words, “should there be need to visit any of our branches, the customer will get optimal service. Kie stated that the bank is deploying staff and other resources from the merged branches to other ongoing projects, while also strengthening the existing branches to make them more resourceful and up to speed in their daily activities.

He repeated that this is a well thought through decision expected to fundamentally shape Ecobank’s
business for better performance.
Ecobank Nigeria classified as one of the systemic important banks in Nigeria by the Central Bank, boast of total assets of over N1.8 trillion at the end of 2016.

ExxonMobil, Employees Contribute More Than $800,000 to Ohio Colleges and Universities