Kindly Share This Story:
The Progressives Solidarity Front (PSF), a socio-political group, has warned the National Leader of the All Progressives Congress (APC), Asiwaju Bola Tinubu, to stop playing politics of intrigues and treachery in the build-up to the Edo State governorship election. 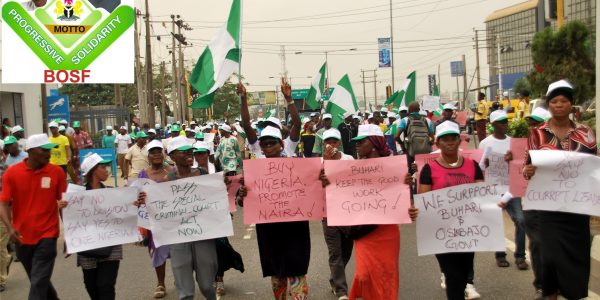 The election in the South-South state will hold on September 19.
PSF, in a statement by its President, Charles Obanor, declared that “we have watched with dismay the politics being played by Tinubu which is hell bent in destroying Governor Godwin Obaseki”.
Obanor said many prominent Nigerians, including Governor Nyesom Wike of Rivers State and APC governors on the platform of the Progressives Governors Forum have raised the alarm over the destructive politics of some APC leaders, tarnishing the image of Governor Obaseki in the process.

Obanor, who said Tinubu is the leader of those against Obaseki’s return as governor, declared that they will all be disappointed “because Edo people have resolved that they will return Governor Obaseki on September 19”.
“I want to remind the APC National Leader of the story of the ‘bagman for two heroin traffickers’ in the United States. We will be forced to come out with details if he does not desist in the destructive politics he is playing in Edo State.
“We have said it many times that Edo is not Lagos. Despite the achievements of former Governor Akinwunmi Ambode of Lagos State, Tinubu and members of his cabals denied him ticket for a second term. It was the same thing they want to do in Edo but God is greater than them.
“Governor Obaseki was denied the ticket and he went to another party which is not a sin. Immediately, they sponsored lawmakers whose seats have been denied vacant to storm the House of Assembly but Edo people rose to the occasion and sent them away. The question is: Why is Tinubu afraid of the September 19 election?” 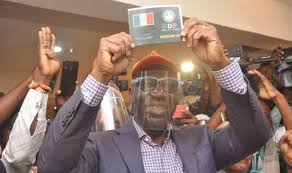 “We still remember the story of the man with a spotty CV. We also remember what happened in the U.S. decades ago when a certain baron had to forfeit nearly half a million dollars to the U.S. Treasury Department after being named as an accomplice in a white heroin-trafficking and money-laundering ring that stretched from West Africa to the U.S. Midwest.”
“We also remember a Financial Times profile of this man, identified as a bagman for two Nigerian heroin movers who operated out of Chicago and Hammond, Indiana. They were Adegboyega Mueez Akande and Abiodun Agbele, Akande’s nephew, who was exposed to law enforcement after selling white heroin first to Lee Andrew Edwards, another dealer later jailed for trying to murder a federal agent, and then to an undercover cop.
“In a 1993 court docket from the U.S. District Court in the Northern District of Illinois, Special Agent Kevin Moss said that Akande had run the white heroin ring in the late 1980s until 1990, when he handed off the U.S arm of the business to his nephew, who had arrived in 1988.
“Akande then returned to Nigeria but continued to oversee the operation from abroad with the help of others at home and in the U.S., including his relatives. One of the individuals identified in his cartel is a Chicago State University-educated accountant working as a treasurer for an oil company.
“He gave differing accounts for his wealth to Moss. In one phone call from Nigeria, shortly after the U.S. Treasury seized his money, he admitted to wiring $100,000 to Akande’s Houston bank account and to receiving $80,000 from Akande into his First Heritage account. He also said that apart from one other account in Fairfax, Virginia, he had no other money stashed in U.S. banks.”
“But there were other accounts. Citibank has a worldwide banking division known as Citibank International where he stashed an additional $550,000. He also controlled an entity called Compass Finance and Investments Company Ltd., of which Akande and Agbele were directors.”

“He eventually settled with the district court, turning over $460,000 of the seized $1.4 million, with the remainder released back to him”.
Obanor said Edo people have been keeping quiet because of the respect they have for the Oba of Benin who declared that people should not resort to personal attack and violence “but we cannot continue to watch while our hard working governor is being rubbished by some selfish APC leaders.
“We are ready to publish more on the ‘bagman for two heroin traffickers’ if we are pushed. But, one thing is clear. The way Oshiomhole was embarrassed and removed as APC chairman in June, the same way Tinubu and other APC leaders will be embarrassed and ridiculed when Governor Obaseki wins on September 19 and sworn in for a second term in November”.