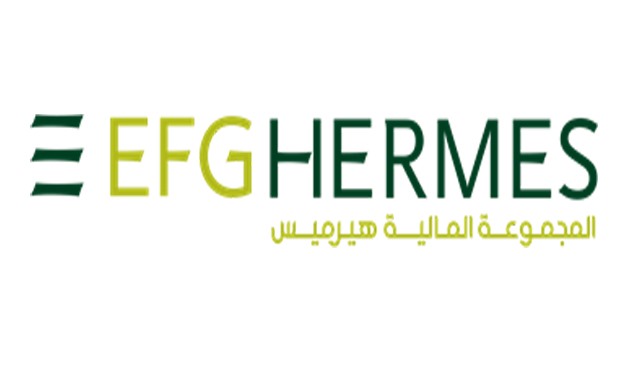 …..EFG Hermes has signed sale and purchase agreements to acquire leading Nigerian brokerage and research house, Primera Africa, shortly after receiving its FCA license to operate in the UK.

EFG Hermes, a leading financial services corporation in frontier and emerging markets (FEM), has entered into a definitive sale and purchase agreement (SPA) to acquire 100% of Primera Africa, a top-ranked brokerage house in Nigeria.

EFG Hermes will utilize its presence in Nigeria to serve both global and domestic investor appetite for opportunities in Africa’s largest economy. Nigeria will also serve as a hub for expansion into West Africa, as EFG Hermes’ office in Kenya now does for the other side of the continent.

Primera Africa already offers a comprehensive suite of brokerage and research services to domestic and international investors from its headquarters in Lagos, Nigeria. Upon completion of the acquisition, Primera Africa will operate under EFG Hermes’ brand name, bringing to the Nigerian market a track-record that has spanned more than 30 years of offering best-in-class financial services, award-winning research, and a large network of investors who consistently seek compelling opportunities in high growth markets.

“Nigeria is our fourth direct entry as we continue our strategy of expanding our geographic footprint in high-potential, frontier emerging markets,” said EFG Hermes Holding Group Chief Executive Officer Karim Awad. “At the close of this transaction, we will have a direct presence in 12 jurisdictions on four continents to serve our global institutional investors, regional high-net-worth individuals, and local retail investors.”

Over the past 12 months, EFG Hermes has directly entered Pakistan, Kenya, and Bangladesh in addition to receiving recent regulatory approval from the FCA to operate in the United Kingdom out of its London office.

“We have been consistently focusing on ramping up our services in newly-entered markets, which resulted in the firm being ranked as the number one frontier market brokerage firm in the 2018 Extel Survey, advancing from the ninth place a year earlier. Most recently, the Firm also concluded its advisory to international microfinance lender ASA International (ASAI), an entity with significant African presence, on its GBP 125 million initial public offering on the London Stock Exchange (LSE),” added Awad.

“Nigeria is Africa’s largest consumer market and is consistently among the three largest economies on the continent alongside Egypt and South Africa. On the capital markets’ front, it accounted for the largest share of our brokerage executions, and revenue among all frontier markets in which we indirectly executed during 2017,” said Mohamed Ebeid, Co-CEO of the Investment Bank at EFG Hermes.

“We are entering a market that has a compelling story to tell investors. It is not just one of the largest and most economically diverse frontier markets globally; it is a growth story that has years to run after a series of structural reforms and a devaluation of the national currency. With oil prices now recovering, with significant portfolio inflows, and with the demonstrated ability to tap global debt markets, Nigeria will benefit from broad currency stability, we expect, remaining attractive in valuation terms at the same time,” said Ali Khalpey, the London-based CEO of EFG Hermes Frontier.

The Nigerian economy is now emerging from recession, having seen economic growth of only 0.8% in 2017 according to the International Monetary Fund. The IMF has forecast 2.1% economic growth for this year amid an uptick of oil prices and a continued reform drive.

Commenting on his outlook for opportunities in Nigeria, Khalpey noted, “We remain bullish on the long-term growth prospects of the consumer sector where we find certain valuations quite compelling. Similarly, the oil and gas sector continues to recover, which will yield significant investment opportunities over the long term. Overall, the capital market is quite attractive with the Nigerian Stock Exchange’s main-board index returning 43.6% in 2017.”

“Given that we expect a ramp up in equity market transactions to drive global interest in Nigeria over the upcoming 12 to 18 months, EFG Hermes is well positioned to utilize its global network of clients to capture local market opportunities, capitalizing on our award-winning team’s experience in exploring frontier emerging market opportunities,” Added Khalpey

EFG Hermes expects to complete the acquisition of Primera Africa by 31 August 2018, subject to regulatory approval and the satisfaction of certain conditions precedent.

With a current footprint spanning eleven countries across four continents, EFG Hermes started in Egypt and has grown over 30 years of success to become a leading financial services corporation with access to emerging and frontier markets. Drawing on our proven track-record & a team of more than 2,900 talented employees, we provide a wide spectrum of financial services that include investment banking, asset management, securities brokerage, research and private equity to the entire region. EFG Hermes launched the NBFI Platform, EFG Hermes Finance, which will overlook activities in the non-banking finance field through EFG Hermes Leasing and Tanmeyah Microfinance. This comes in light of the Firm’s strategy to focus on two main pillars: product diversification and geographic expansion into frontier markets — which has seen the firm establish a physical presence in Pakistan, Kenya, Bangladesh & the United States.

Kindly Share This Story:A group under aegis of the Manufacturers Association of Nigeria (MAN) therefore…

LEADERSHIP CRISIS IN NFF AND OTHER MATTERS ARISING– AITEO POSITION

EKITI JULY 2018 GUBERNATORIAL ELECTION WAS A SHOWCASE OF CORRUPTION – AKIN