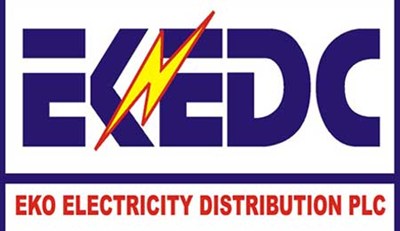 The Management of Eko Electricity Distribution Company Plc (EKEDC), on Tuesday reiterated its commitment to effective customers service delivery within its network to boost customers confident and revenue increment.

Amoda who was represented by the company’s Chief Operations Officer, Mr Sam Nwaire said that the essence of the town hall meeting was to discuss with customers on how to improve service delivery.

According to him, the meeting is to deliberate on challenges confronting customers and find lasting solution to the lingering problems.

Amoda said that over N2.4  billion was yet to be collected by EKEDC from customers as electricity bills consumed in April, adding that the company only recovered N4.3 billion payment out of N6.7 billion owed by customers.

He said that the company was still battling to recover over N2.4 billion debt owed by customers for the month, adding that such huge debts had affected the company’s major projects.

“The company has boosted effective power distributions to customers, yet majority of the customers refused payment.

“In spite of the quantum of supply distributed to customers in the Month of April, large numbers of customers are yet to turn out for payment.

“We have equally recorded over N6.2 billion energy consumed by customers for the month of May but we are yet to compute the final payment chats.

“Outstanding customer’s debt profile since the month is still running,’’ he said.

Amoda  said that the debt profile of Ministry, Department and Agencies (MDAs) stood over N3.8 billion to date.

He said that EKEDC was working with the committee set up by Vice-President, Prof Yemi Osibanjo to reconcile the amount been owed by the federal government on the MDAs’ debts

He said that henceforth the Nigerian Police had said that it would only pay electricity bills incurred to its stations but not by barracks.

The Eko Disco boss, however, lauded the security agencies’ support in protecting its equipments within its operations, especially in Ojo business unit.

On metering, Amoda said that over 20, 800 meters had been rolled out, adding that the company had also designed a methodology on monthly installation to customers within its network.

He said that all unmetered customers of the company would be reached within the stipulated time.

He urged those yet to be reached in the meter roll-out plan to exercise patience saying no customer would be left out at the end.

He also said that the company had an established billing methodology approved by the industry regulator for billing unmetered customers.

This, he said, was usually based on a number of factors which include the customers’ consumption pattern over time and availability of power supply within the particular month for which the customers were billed.

The EKEDC boss urged communities to be vigilant and guard against activities of vandals in their area, adding that the company would work hand-in-hand with the police to ensure that the suspects and others would be duly prosecuted in the court.

He said that the measure became necessary against the backdrop of over N1 billion lost to various forms of electricity theft and vandalism in the zone.

He said that electricity materials, such as cables and wires, had either been stolen or vandalised within its operations.

Joseph advised the company to maintain stability in electricity.

He urged the company to pursue the meter roll-out plan with seriousness so as to secure the confidence of the customers in the company’s integrity.