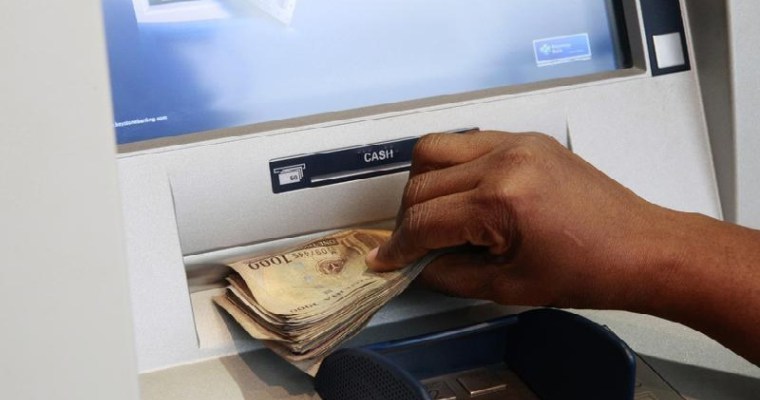 Customers of Deposit Money Banks on Friday made last minute withdrawals at various bank branches in Abuja and Lagos ahead of the Presidential and National Assembly elections scheduled to take place today (Saturday).

Our correspondents who monitored the activities of some of the banks on Friday in Abuja and some parts of Lagos observed that some banks had a difficult time attending to their customers, who trooped into banking halls in large numbers to make cash withdrawals.

It was learnt that some of the banks, in a bid to balance up their accounts, shut their banking halls to customers before the usual time of 4 pm.

For instance, FCMB in a notice to customers on Friday fixed the closing time for all banking transactions at 2 pm.

It said,  “Due to the forthcoming presidential election on Saturday, February 16, 2019, please be informed that all our branches will be closed to customers by 2 pm on Friday, February 15, 2019.

“We apologise for the inconvenience this may cause and thank you for your understanding.

Apart from FCMB, Providus Bank and First Bank Plc, among others,  also closed to customers at 2 pm.

The rush from customers, it was learnt, became imperative to enable them to meet up with their financial obligations before the polls on Saturday following the restrictions on movement by the acting Inspector-General of Police.

While most of these customers were seen making huge withdrawals that would sustain them till after the polls, others were seen transferring money through various banking channels.

Even some of the Automated Teller Machines mounted at some of the bank premises came under pressure from customers as some of these ATMs had to be constantly restocked with cash to meet up with the huge demand for cash.

As a result of the large number of people using the ATMs, the development led to disruptions in financial transactions arising from network congestions.

A bank customer who simply gave his name as Kelvin told our correspondent that he needed to make the withdrawals in order not to be caught unawares.

He, however, added that if the period of voting was extended, then he would have the need to be looking for cash to meet his financial obligations.

He said, “Tomorrow (today) is election day and in my office, we are asked to close at 12 pm to enable us to go home and prepare for the polls.

“I have been in this queue for over 30 minutes now to make withdrawals and as you can see, it’s not been easy because of the fact that some of the ATMs are not even dispensing cash and the poor network is not making it possible for some bank ATM cards to work on another ATM machine.

“But whatever the situation, there is a need to get the cash to enable one have something at home because there is a restriction of movement and we don’t know what will happen during the election.

“While no one is praying for violence, voting may be extended and when this happens, no one will be able to go and make another withdrawal. So it’s better to play safe by having enough than being caught unawares.”

Checks by one of our correspondents at three different banks in Lagos showed bank customers were also in a rush to make last-minute withdrawals at ATM machines.

Long queues of bank customers were seen at the Iju branch of First Bank of Nigeria on Friday afternoon while several women were seen moving from the bank premises to a nearby market for last-minute purchases.

Also in Ojodu Berger branch of the Stanbic IBTC and Access Bank, ATM points were filled with bank customers while others were in a queue waiting their turn to withdraw and make other transactions.

A Stanbic IBTC customer, Dapo Adenuga, said he received a text message from the bank, which stated that the bank would close by 2 pm on Friday.

The message obtained by our correspondent read, “Dear customer, in view of the upcoming presidential elections, please be informed that our banking halls will be closed to customers at 2 pm on Friday, February 15, 2019. However, our ATMs, USSD, mobile and Internet banking channels will continue to be available for your use.”

Ibidun Ayoola, who banks with UBA and FCMB, also said she received a similar messaging informing her of the early closure of the banks.