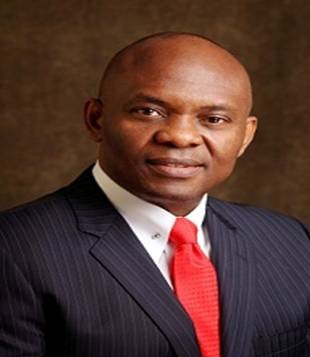 The chairman of United Bank for Africa Plc and Transnational Corporation of Nigeria Plc Tony Elumelu plans to invest as much as $2.5 billion in the county’s power sector.

It was gathered that the business mogul will make the investments through a subsidiary, Transcorp Power Ltd., to help boost power supply.

Nigeria with almost 200 million people struggles with dire power supply, which has impeded economic development for decades. Generation peaked just below 4,500 megawatts on February 28, with a maximum capacity of 7,650 megawatts, according to the latest available data from the power ministry.

South Africa, with a population a third of Nigeria’s, has an installed generation capacity of more than 47,000 megawatts.

“Transcorp Power has so far injected about $1 billion in projects with a combined capacity of 700 megawatts”, Elumelu said.

The company bid for Afam Electricity Generation Co. earlier this month, which operates a natural-gas fired power generation plant in southern Rivers state. Two other offers were received, the Bureau of Public Enterprise said, and if Elumelu acquired the facility it would add 700 megawatts to his power portfolio.

“We’ve expressed interest in the acquisition of Afam power plant, which we’re going to spend a lot of money on,” Elumelu said. “It’ll give us 1,400 megawatts and we can do more.”

Nigeria’s power sector is riddled by debt and Transcorp Power is owed about 90 billion naira ($250 million), Elumelu said. “If they’re owing you that kind of money, it affects your ability to do more and more importantly, slows your enthusiasm,” he said.

Under the current system, government-backed Nigerian Bulk Electricity Trading company buys power from generators and sells it to distribution companies. Discos have had problems paying NBET due to issues collecting receipts from consumers, leading to mounting liabilities. In 2017, Nigeria approved a $2.2 billion payment guarantee for generation companies to help alleviate money owed by distribution firms.

Elumelu declined to comment on reports that he is in talks to acquire two oil licenses from Royal Dutch Shell Plc. People familiar with the plan said in July that Heirs Holdings Ltd., another company run by the tycoon, was discussing with Shell the purchase of oil mining licenses 11 and 17.