…………..two key sectors – agriculture and the manufacturing sector- are central to the recovery efforts 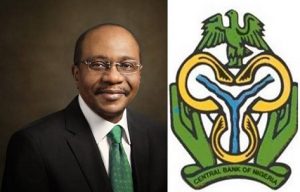 For the purpose of on the spot check accountability, the Central Bank of Nigeria (CBN) said it has invested N23 billion in the economy through the Anchor Borrowers’ Programme (ABP)

Speaking yesterday at the ongoing eighth Bankers’ Committee Meeting in Lagos , the CBN Governor, Godwin Emefiele, explained that the ABP, launched in 2015, was an innovative way of improving access to finance for farmers and manufacturers.

Emefiele’s words: “To date, CBN has committed close to N23 billion in the Anchor Borrowers’ Programme with active participation across 14 states of the federation.

“In Kebbi State, over 78,000 smallholder farmers are now cultivating about 100,000 hectares of rice farms.

“It is expected that over one million metric tonnes of rice will be produced in that state alone this year.”

“The ABP along with other initiatives like the Commercial Agriculture Credit Scheme and Nigerian Incentive-based Risk Sharing System for Agricultural Lending (NIRSAL), the ABP is now proving to be successful in several states.”

CBN boss said that the role of returning the economy to normalcy has been placed on banks as their financial intermediation activities cut across all sectors.

Besides, with the intervention policies of the CBN, which are extended to the target populace through them, there is added role for the financial institutions in evolving innovative approach to the nation’s development agenda.

He noted that at a critical time in the country’s history, the emphasis on diversification and support for its achievement must be accorded priority by bankers.

At the retreat with the theme, “Economic Recovery: The Role of the Banking Sector,” the governor reiterated that banks must come up with innovative solutions that will enable the finance sector to play a key role in driving Nigeria’s growth and development.

The retreat is an annual event where members of the Bankers’ Committee engage in strategic reviews of critical developments within the financial system and the economy.

“The focus on economic recovery by bankers is timely, given the sustained external headwinds we are grappling with, triggered by several factors:

“With over 90 per cent of our export revenues coming from the sale of crude oil, the drop in its prices along with the end of quantitative easing programme in the United States has led to a huge impact on our economy, particularly in the foreign exchange market,” he said.

Emefiele said that emphasis is now placed on creating an enabling environment for a more diversified growth structure that is not dependent on the sale and production of one produce – crude oil.

He said that the new move dwells on improving the productivity of farmers, manufacturers and firms, as well as their access to finance, in order to produce goods and services that can be made in Nigeria, thereby improving job creation and growth for the nation as a whole.

The bank chiefs reiterated that two key sectors are central to the recovery efforts – agriculture and the manufacturing sector.

“They are recognised worldwide as catalysts for rapid growth, job creation and poverty reduction.

“Agriculture, for example, remains the largest employer of labour in Nigeria and contributes about 24.2 per cent of our GDP.

“For quite some time now, funding the necessary investment required for the transformation of the agriculture and manufacturing sectors has become a major priority of the CBN.

Speaking at the event, Lagos State Governor, Akinwunmi Ambode, urged banks to take their roles in the quest to revive the economy seriously.

Represented at the Bankers’ Committee meeting by the Deputy Governor, Dr. Idiat Adebule, he called for a change of orientation and support for policy instruments that are aimed at achieving the overall goal of reviving the economy.

“We must innovate now because there is no option to get out of the recession.

“We must get it right too.

“The banking sector has a major role to play because the survival of other sectors depends in part on sustainability and vibrancy of banks,” he said.

Ambode also assured that the suggestions of the bankers will be given due consideration by government and its agencies, with a view to serve as a guide in policy formulation.

FG to sell N20bn of green bonds in Q1