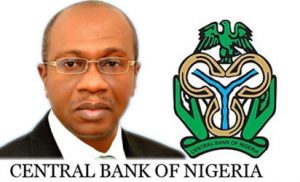 As the external reserves inched up to $34.3 billion last week, the Governor of the Central Bank of Nigeria (CBN), Mr. Godwin Emefiele, has predicted 7 per cent rise in its accretion to reach $40 billion next year.

According to the apex banks regulator who made the forecast at the weekend in Lagos during the annual bankers’ dinner of the Chartered Institute of Bankers of Nigeria (CIBN), the reserves would continue to grow as they “have recovered significantly from just over $23 billion in October 2016 to over $34.3 billion as of November 3, 2017.”

In his address titled, “Policy Options for Sustaining Nigeria’s Economic Upturn”, Emefiele updated the gathering on the economy, the apex bank’s efforts on the macroeconomic and financial policies, as well as outlook for the coming year.

On the reserves, Emefiele noted that the foreign reserves grew by over $10 billion over the last 12 months, from just over $23 billion in October 2016 to over $33 billion in October 2017. And looking into the future, he said, “if we remain resolute with our efforts, policies and actions, we can attain a foreign exchange (forex) reserves position of about $40 billion by end 2018.”

Explaining how the nation achieved the growth in its reserves, he said: “The accretion in reserves does not only reflect increased inflow but also our shrewd  forex demand management strategy. When we introduced a policy restricting 41 items from our forex markets, we were called all manner of names.

“Today, among the benefits of that policy is the considerable decline in our import bills. From an average of about $5.5 billion, our monthly import bill has fallen consistently to $2.1 billion in 2016 and $1.9 billion by half year 2017.

“For one, our import bill may have fallen but our manufacturing and agriculture sectors still have a long way to go if we must attain self-sufficiency in those sectors. To date, the bank has committed close to N45.5 billion under the Anchor Borrowers’ Programme (ABP) with active participation across 30 states of the federation.”

He also assured Nigerians of stability in the exchange rate as transparency in the forex market is sustained, “as forex reserves accretion continues, and market confidence and improved sentiments remain,” adding,  “I expect that the exchange rate will not only be stable but would begin to appreciate against major currencies. The adverse competitiveness outcome, which such appreciation may entail would be adequately mitigated by proactive policies to ensure that our balance of payments position is not undermined.”

Showcasing the apex bank’s achievement so far in stabilising the exchange rate, he said, “we have also seen a significant appreciation of the naira from over N500/$1 to about N360/$1. In addition, we have seen stability in the rate for over six months now. I am glad to note that the exchange rate is not only stable, it is also converging across various windows and segments of the market. Since the establishment of the I&E (Investors and Exporters) Window, we have recorded about $10 billion in autonomous inflows through this window alone. This reflected the effect of the increased transparency, which that window accorded the forex market and its benign impact of improving investor confidence and business sentiments.”

Emefiele also attributed Nigeria’s recent improvement in the ease of doing business indicators, partly to the introduction of the I&E forex window, which, he said, boosted investors’ confidence and eased market sentiments.

The CBN boss equally foresaw a drop in inflation to “very low double digit or high single digit levels” by the coming year as the factors driving food inflation would have disappeared by then.

He stated: “Inflationary pressure will continue to ease; I believe that it may return to very low double digit or high single digit levels during the next year. Though the base effect has diminished, I expect that as the socio-economic factors driving food inflation are resolved, the inertia therein would dissipate and the pace of headline disinflation will grow.”

“Food inflation, however, rose from 17.82 per cent to 20.32 per cent. The inertia exhibited by food prices inflation reflected, among other things, the rising prices of farm inputs and supply shortages, intermittent clashes between farmers and herdsmen, as well as the lingering problems in the Nigerian northeast region, which affected agricultural output.”