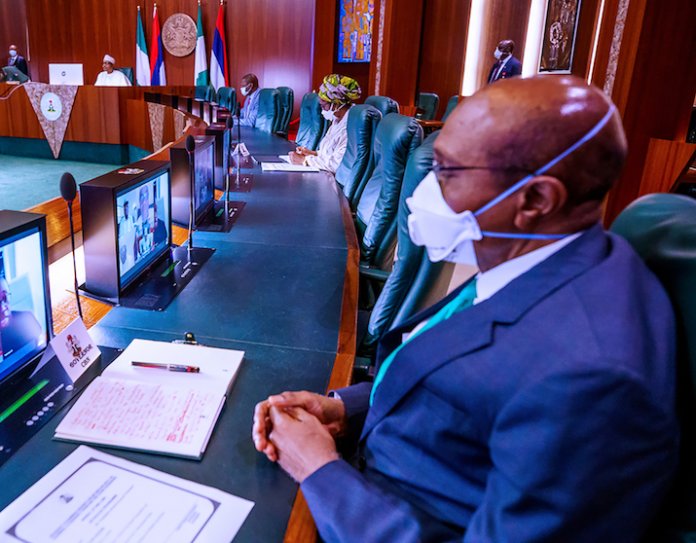 The Governor of the Central Bank of Nigeria (CBN), Mr. Godwin Emefiele, has urged industrial conglomerates to support efforts aimed at revamping and growing the Nigerian economy.

He also warned that the CBN would not support the importation of items that can be produced in Nigeria as it could not spend the nation’s foreign exchange reserves on what would not boost the economy and generate jobs for Nigerians.
A statement from the central bank yesterday quoted the CBN governor as saying this while speaking during a virtual meeting with chief executive officers (CEOs) of conglomerates in Nigeria.

Emefiele said the CBN, in line with President Muhammadu Buhari’s desire, was determined to return the economy to the period when the manufacturing and agricultural sectors formed its base.

The governor, while acknowledging the challenge of low crude oil prices to major economies of the world, expressed confidence that the price of crude would not remain low for a long period.
While also emphasising that the low crude oil prices were surmountable, he added that Nigeria’s foreign reserves of about $37 billion remained robust to support the economy.

He, therefore, enjoined the conglomerates to key into the current administration’s drive to diversify the Nigerian economy by taking advantage of its large population to market their products, which he noted could be produced in Nigeria and exported to the rest of the world.
He also pledged the CBN’s willingness to provide foreign exchange to companies that required such for raw materials and machinery that could not be obtained in Nigeria.

With the African Continental Free Trade Area (AfCTFA) now billed to commence in January 2021, Emefiele said Nigeria provided the companies with immense opportunities to produce their items and make huge profits through the Nigerian market, which he noted was large enough to support their respective businesses.

The CBN governor also assured the companies that the bank will collaborate with government agencies to help check smuggling, while also promising to protect their businesses to ensure they succeed in Nigeria.

Similarly, he assured the CEOs of the bank’s willingness to collaborate with other fiscal authorities to improve on their ease of doing business in Nigeria, with a view to simplifying their import and export processes.

On the issue of Direct Foreign Investments (FDIs), Emefiele said the bank was not opposed to the conglomerates seeking alternative but legitimate sources of foreign exchange to boost their businesses, just as he said the CBN would not hinder the companies from repatriating their dividends.