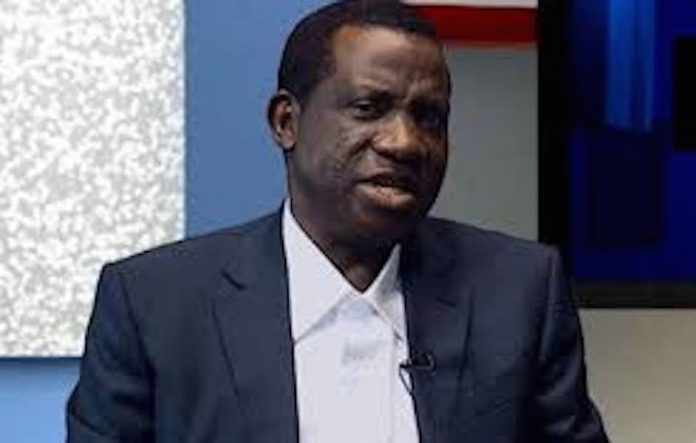 Plateau State Governor, Simon Lalong, has disclosed that preliminary investigations carried out by a team of experts revealed that properties and goods worth over N75 billion were destroyed by hoodlums in the recent #EndSARS protests in the state.

Lalong disclosed this during an interactive session with the youths on the Plateau yesterday, adding that the level of destruction and carnage was unbelievable and unacceptable.

He said, “We are still trying to carry out a comprehensive evaluation of the total cost of the damage. However, preliminary report by a team of experts I constituted has estimated the losses to be put at about 75 billion naira for now.

“This clearly takes us many years backwards as we do not have the resources to replace the structures vandalised, and the items damaged or stolen. We are yet to recover from the devastating economic consequences of COVID-19 which has greatly affected our capacity to provide services.”

The governor narrated that the act of destruction has nothing to do with the initial #EndSARS protests, but a clear act of criminality and unpatriotic behaviour, adding that as at the last count, no fewer than 32 public and private properties that were affected in the looting.

Lalong said that as a father and Governor of the state, his heart goes out to all the youths for the many challenges they face daily due to lack of opportunities for jobs and better conditions to achieve their dreams.

He said, “This is a burden that has accumulated over time which our administration is working hard to address. However, it is always confusing when people demand justice by either violating laws or trampling on the rights of others. That can only breed chaos and anarchy leading to worse consequences than what they sought to address in the first place.”

He added that the enormity of the challenges the State and Federal was facing cannot be resolved overnight or with a wave of the hand; “it’s a process which all must collectively work together to achieve.”

LASG: Every Household in Lagos Will be Metered by 2023