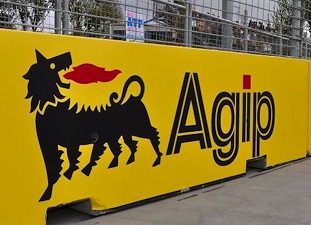 Anti-corruption associations on Monday threatened to take the Nigerian government to court in connection with a contract won by Italian oil major ENI to operate a neglected oil refinery.

In early May, Nigeria’s junior oil minister Emmanuel Ibe Kachikwu announced that ENI had pledged a $15 billion investment deal, which included the repair, expansion and management of a refinery in the oil hub of Port Harcourt.

The contract is part of a drive by the Nigerian government to privatise its dilapidated state assets.

But the anti-corruption activists warned the ENI deal may not have followed due process.

“This government is about to fall into the same abyss of corruption in the petroleum sector,” said the campaigners in an emailed statement.

“The deal is patently illegal, morally bankrupt and economically disadvantageous to Nigeria as a country,” said the statement, which was signed by 20 organisations including the Centre for Anti-Corruption and Open Leadership, Nigerians Unite Against Corruption and Centre for Change.

“If we do not hear of an outright cancellation of this fraud within 48 hours, we shall proceed to court to stop the transaction,” it added.

On May 30, Nigeria’s Senate voted to stop the concession deal from going through, saying it lacked transparency. It has now set up a committee to probe the circumstances of the deal.

AFP contacted ENI for comment but there was no immediate response.

President Muhammadu Buhari rode to power in 2015 vowing to stop the plunder of state funds and clean up the notoriously corrupt oil and gas sector.