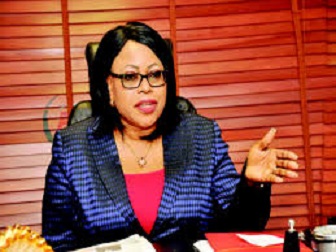 Terminal operators are exploring options on beating the challenge posed by the collapse of the access roads to Lagos ports with ENL Consortium, operator of Terminals C and D,  Lagos Port Complex, Apapa leading the charge.

It has initiated a partnership with a Chinese logistics giant, Sinoma Cargo International, to evacuate cargoes from the port using barges.

The partnership which incorporates Josephdam Port Services and Lianyungang Port of China, involves the deployment of barges that can evacuate cargo at the seaside in large volume, Princess Vicky Haastrup, Executive Vice Chairman/CEO of ENL Consortium, said.

She said: “We have been to Lianyungang Port at the invitation of Sinoma and we have signed a friendship agreement. They also expressed their willingness to come to the Nigerian ports to see what ENL and other ports look like.

Haastrup said the initiative, which would be implemented in conjunction with Lianyungang Port of China, will facilitate the evacuation of cargo from the terminals through barges and also help promote mutual cooperation and exchange between Liayungang and the Lagos port.

However, details on the destination point for the barges are yet to emerge as the company has not developed a site where containers will be deposited.

She said Sinoma would want to bring barges that can evacuate cargo at the seaside in large volume, saying the barges are the types we have not seen in Nigeria that can take several hundreds of tons of cargo at once.

She said the partnership became imperative given the persistent gridlock on the port access roads in Apapa, which has made cargo evacuation from the ports difficult.

The ENL Consortium boss stressed the importance of deploying intermodal means of transportation at the port, pointing out that continuous reliance on the road was no longer feasible and should be discouraged.

“There has to be an investment in other modes of transportation other than roads because already the roads are undergoing a lot of pressure, as the roads were not built to withstand the kind of pressure that they are subjected to,” she said.

While expressing appreciation to the leadership of the firm and officials of the Lianyungang Port for the confidence reposed in ENL and Josephdam; Princess Haastrup assured that terminal operators in the country would continue to provide efficient port services that conform to global standards.

She added that efforts to develop the port industry will achieve greater effects if strategic alliances and partnership are grown, not just between private and public entities alone, but between business entities.

Sinoma Cargo has operated 12 batches of Lianyungang- Lagos logistics line, organised and transported more than 410,000 dead weight of general cargo and transported more 2,000 TEU of containers from January 2018 till date. The products cover steel and templates, engineering equipment and tools.