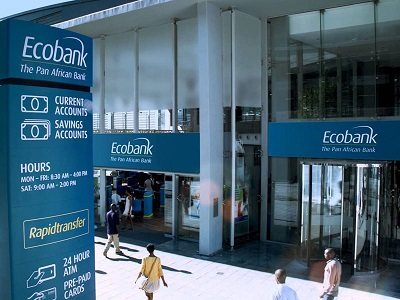 while in naira terms, the bank is showing a healthy revenue growth of 36% to N178.39 billion in the first quarter and the bottom line improved by 15% to N18.7 billion. The different images of the same earnings records reflect principally the depreciation of the Nigerian currency that captures 40% of ETI Group’s revenues that historically come from the Nigerian market.

For the same reason of exchange rate depreciation of both the naira and other African currencies against the dollar – the bank’s reporting currency, ETI closed last year with a big net loss of N52.6 billion. The exchange rate instability isn’t expected to be as severe this year as it was last year and that creates a significantly improved earnings outlook for the bank in the current financial year.

ETI’s group chief executive officer, Ade Ayeyemi, said macroeconomic headwinds that affected the bank’s earnings performance last year, are continuing into the current year. He expressed his satisfaction however that “all of our businesses made meaningful progress in executing our strategy by continuing to focus on cost discipline, stringent credit risk practices, and digitisation of processes to enhance the customer experience”.

A drop of 28% in pre-tax profits in dollar terms to $74.7 billion at the end of the first quarter is mainly explained by the huge impairment charges.  By the bank’s forecast, credit losses will continue to be elevated in the coming quarters. Ayeyemi assures the bank will continue to address the position aggressively in its ongoing overhaul of credit risk management.

Apart from impairment charges, other major cost lines of the bank appear to be under control but that is in dollar terms only. In naira value, interest expenses surged up by 51% to over N44 billion at the end of the first quarter, well ahead of a 35% growth in interest income and operating cost rose by 27% to N84 billion. A strong growth of 36% in non-interest income led by a rise of 46% in net trading income complemented the improvement in interest income.

ETI’s group CEO said the bank’s performance generally reflects a positive operating leverage. Strong efficiency gains have resulted in a reduction in the cost-to-income ratio at 64.5% in the first quarter, according to Ayeyemi. “Our diversified business model and pan-African footprint is a competitive advantage for us. It allows us to meet the trade finance, cash management, and online and mobile financial needs of our clients across Middle Africa with unique financial products and services,” he said.

The bank earned 63 kobo per share at the end of the first quarter, up from 59 kobo in the same period last year. The full year earnings per share expectation is N2.50 for ETI in 2017 against a loss of N2 per share in 2016