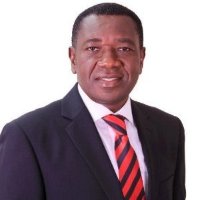 After 11 years as chief executive officer of UAC of Nigeria Plc, Larry Ettah will retire from the company on January 1, 2018.

The board of UACN said Ettah would proceed on his pre-retirement leave from the same date.

According to a statement released by the board of the company on Wednesday, Dan Agbor, chairman of the board, commended Ettah for his 30-year service to the company.

“It is on record that UAC of Nigeria Plc under Larry’s capable leadership has seen a decade of strong performance, growth and significant transformation. We are on course to becoming a N100 billion topline organisation by the end of this year.

“We thank Larry for his invaluable contributions to the group in almost 30 years of service, half of which have been on the Board. Larry will always have an honoured place in the memory of the company and, on behalf of the board, we offer him the respect and gratitude of UACN.”

“Abdul is an ideal and logical successor given his background in UACN and track record of achievement at various levels in the organisation,” Ettah said while expressing gratitude for the opportunity to lead the company.

“He has been a strategic partner since 2010 when he was appointed to the board as chief financial officer.

“A role that has acclimated him to understand the challenges, context and evaluate adequacy of response to the work that lies ahead. I believe that the company will be in more than capable hands.”

Speaking on the appointment of Bello, Agbor expressed confidence in his ability to build the company.

“We have every confidence that Abdul has the ability to ensure that, under his stewardship, the company will continue to build on its strong foundations, drive its strategic agenda, and generate competitive returns to our shareholders.”

Bello, who was born on November 8, 1960, joined Grand Cereals Limited, a subsidiary of UAC of Nigeria Plc, on October 23, 1989, as chief accountant.

Don Jazzy tackles Diezani, wonders if her ‘sins’ would be forgiven