One issue that is dominating public sphere in Nigeria and indeed Lagos State is the menace of kidnapping. 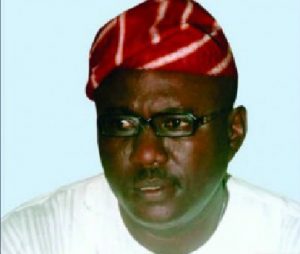 For the Special Adviser to the Speaker of the House, Rt. Hon. Mudashiru Obasa, Hon. Mufutau Egberongbe, the rate of kidnapping in Lagos State should not be handled with kid gloves.

Speaking in an interview, Egberongbe stated that the frequency of the occurrence of kidnapping in Lagos State is worrisome, while saying that it is relatively new to Nigeria as a nation as a whole and in Lagos in particular.

“It started from the Niger Delta and it started spreading all over the country. So, each time the nefarious act occurs, there is human degradation and it sometimes leads to loss of lives.

“My curiosity was aroused, when they started kidnapping obas or kings, and if you look at the age bracket of the kidnappers,  they are young Nigerians that should have future and this is a serious heinous crime, which we need to curb.

“You then begin to wonder why it is on the rise in recent times. Once they know that there is no major law tailored to kidnapping they would keep committing it. The one in our criminal code is not punitive enough,” he said.

He explained that the law involves a lot of things, and that it is one thing to make law and it is another thing for the people to know about it.

On the invasion of schools by kidnappers and how to safeguard the schools in the state, Egberongbe said that public places, including schools, should have CCTV, and that the cameras would make it easy to monitor the state.

According to him, the job would be complemented by the Neighbourhood Watch Brigade, and that there is no place in the state, where cameras could not been mounted.

“CCTV comes in various shapes and sizes, we could mount them on street lights, which we have in the interior parts of the state including Ikorodu, Epe and other places.

“Also, crime is usually exposed by whistle blowers, which is where the Neighbourhood Watch comes in. They know all the parts of the state, that is where community police comes in,” he said.

Speaking on the economic recession in the country, the politician blamed the past Federal Government led by the Peoples Democratic Party (PDP) for the situation.

Egberongbe stressed that while there is global recession, the Nigerian factor caused recession in the country, which he said is a result of bad governance by the past government.

He stated that people such as Senator Oluremi Tinubu, former governors Rotimi Amaechi and Adams Oshiomhole once alerted that the nation’s economy was sick as, according to him, they said that it was being mis-managed, but that nobody listened to them.

“We were all there, when the PDP-led Federal Government was mis-managing the economy and the media acted as a whistle blower, the damage cannot be repaired easily, it would take time.

“I feel that we should be calm and co-operate with this government. We should have the mindset of backward integration. Let us emphasise our preferences so that we can battle the effect of recession. I want you to know that the recession would soon be over, but we need a social re-awakening of the mind,” he said.

Commenting on the movement of children from private to public schools due to economic downturn, Egberongbe stated that it is a good development as he declared that public schools are far better than private schools.

He recalled that he was a teacher in a public school in Lekki area of Lagos and that it is impossible to get the kind of quality of teachings that are available in public schools in private schools.

“Government schools are far better than private schools. Most of the teachers in the private schools are secondary school leavers, whereas in public schools, you would find university graduates and NCE holders, who are well experienced and have spent about 25 years in the system, and they understand the psychology of the students.

“It is a misrepresentation on the part of the parents to think that private schools are better than public schools. We should co-operate with the government on public schools, let us contribute our own quota to the development of the schools.

“I quite agree with you that there are shortage of infrastructures in some public schools, but let parents support the government to develop the schools and the children would be better for it,” he said.

According to him, the people that are doing well in public and corporate organisations today went to public schools.

“The quality of teachings, teachers and teaching materials that are available in public schools  cannot be found in private schools. How can you compare secondary school leavers to Phd holders, masters degree holders, who had been there for 25 years running. All you see in private schools are beautiful buildings and other materials,” he said.

He however, stated that the government has a monitoring department that ensures standard in private schools, and made reference to a recent stakeholders meeting for quality assurance officers in the state Ministry of Education organised by the House Committee on Education under the leadership of Hon. Lanre Ogunyemi.

NETSHOP rakes in N3m from half year operation