The thirty seven members of the Experiential Marketers Association of Nigeria (EXMAN), has been tasked to see innovation, capacity development and solidarity among one other as the key factors to grow the industry in the coming years.

Speaking at the inaugural EXMAN awards while completing his tenure as the Association President, Dr Rotimi Olaniyan said, innovation, capacity development and solidarity among members of the Association will aid the speedy growth that is anticipated by the industry players and practitioners.

He said, “Innovation is key and we must build on it to distinguish ourselves from illegal practitioners,” adding that “knowledge is important and that comes through training and retraining of personnel as it will be witnessedtonight.”

The immediate past president then advised members to maintain a united front to end the clients’ unnecessary bickering among agencies.

Olaniyan said, “There is need for us to understand that as agency practitioners, we should show solidarity to one another.” Before now, he stated, “clients used to knock the heads of agencies and fundamentally have reduced the game to commodity pricing.”

ed with the awards at the Federal Palace Hotel last week, saw the emergence 22 winners out of 62 entries in the 11categories. The Exman Life time achievement award that went to Chris Parkes, founder of Chris Parkes Marketing Services witnessed glitz and glamour.

Keskese won the Grand Prix for its strategic interpretation of client’s brief, innovative experiential idea and seamless execution of the first-of-its-kind Noiseless Party for one of its clients – MTN Nigeria, tagged “The MTN Music+ Noiseless Party”.

Other agencies on the winning list include EXP Marketing-Gold for Heineken/Live Your Music in Best Event (B2C) category, GDM-Gold Smirnoff/Guinness House Party- Best activation of an entertainment property, GDM-Gold Smirnoff/Guinness/DJ Spinall album launch in Best use of digital in experiential marketing, Abelinis-Silver Abelinis Fans Championship Africa in the Best Activat

ion of a sporting property and Towncrier-Gold Nigerian Breweries/33 Export in Best Use of Branded Installation or Prop in Experiential Marketing among others. 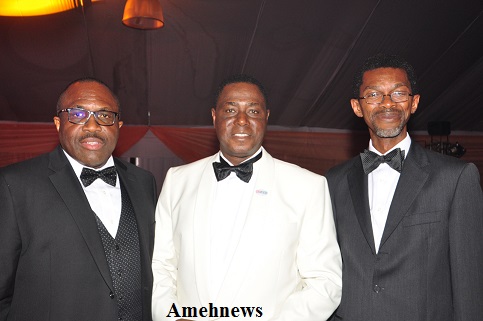 However, there were no winners in 3 categories as a result of entries falling below standard and the categories are Best Event (B2B), Best Activation of a Cultural property and Best Trade or Shopper Activation.

At the event, the new exco members were sworn in and they are Kehinde Salami of Ideas House as President, Tolu Medebem of Event Plus as Vice President, Angela Makinwa of Melvic Gold as General Secretary, Owolabi Mustapha of Maxx Connection as Financial Secretary and Gil Kimani of EXP as Public Relations Officer.

However, out of a 5executivecutive member of the previous exco only Salami returned while Olaniyan, Oladunjoye Wole, Kayode Idowu and Oshinibosi Abiodun did not return.

The new President, Salami in his maiden address said it is a new order that calls for new strategic ideas and execution proficiency in running efficient experiential agencies. He hopes to put in structures that will among others: enhance professionalism, earn for the practitioners respect of the clients and work toward harmonizing interest rates which have put the practitioners’ businesses in jeopardy.

Similarly, the Mr. Parkes who has been in the industry for upwards of 2 decades advised that the younger generations to increase their professional depth and create value of their clients.