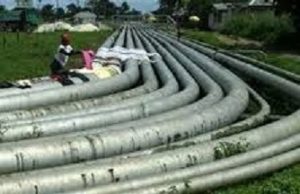 A Stakeholder operating in Nigeria’s oil and gas industry have intensified calls for Shell to reopen one of its main pipelines, the Trans Forcados pipeline, which is the main feed for the 400, 000 barrels of crude oil per day export facility in Forcados.

“You need to understand the importance of Forcados pipeline to foreign exchange in Nigeria. Forcados is where 90 per cent of the local independents produce into. Now those local independents are the only ones obligated by law to bring their dollar earnings back into the country”, Dolapo Oni, Head, Energy Research, EcoBank Plc,.

Calls to reopen the pipeline which was shut down for the better part of 2016 and has not operated at all in 2017 following series of attacks by agitators in the Niger Delta, are not unconnected with its strategic importance to Nigeria’s economy and value of the naira.

What is the connection one may be forced to ask? In a chat with M&P, Dolapo Oni, Head, Energy Research, EcoBank Plc, highlighted the importance of the Trans Forcados pipeline saying it holds the key to foreign exchange liquidity in Nigeria because it is the channel into which all the independent producers in Nigeria feed their crude into for export.

I was still trying to figure out the connection when Oni chipped in: “You need to understand the importance of Forcados pipeline to foreign exchange in Nigeria. Forcados is where 90 per cent of the local independents produce into. Now those local independents are the only ones obligated by law to bring their dollar earnings back into the country.”

“The International Oil Companies (IOCs) are not required to domicile their earnings in Nigeria for obvious reasons. Therefore, the onus is on the independents to repatriate their earnings, usually foreign exchange, back to the country to supply the banks. This ensures that banks can fund forex obligations and so many other things without necessarily going to the Central Bank of Nigeria (CBN) for supply,” he said.

His explanation highlights a direct link between the closure of the Forcados pipeline and the recent scarcity of forex in the system which saw the naira slide into a precarious vortex of depreciation against the dollar and other currencies. Forcados has been down for over a year and as such, one major source of foreign exchange supply to the banks was eliminated.

As a consequence of the serial bombing of the pipeline last year, Shell reportedly lost an estimated $3 billion in products, downtime and repair expenses. The financial implication of such a loss at a time the industry was going through the throes of a price slump, is certainly responsible for the company’s reluctance to reopen the pipelines, along with fears of a repeat of last year’s costly misadventure when, the company’s underwater engineers were flown into Nigeria to fix the damaged pipeline, only for it to be bombed again, after seven long months of repairs.

As a condition to reopen of the Trans Forcados pipeline, Shell needs reassurance of better security of its facility and personnel, sources in the industry have said. The company is not oblivious of the peace deal and cease-fire agreement negotiated between the Federal Government and the militant groups, but prefers not to be hassled into making a decision on the matter.

Going by the recent figures bandied by Ibe Kachikwu, Minister of State for Petroleum Resources, Nigeria’s oil production has risen to about 2.1 million barrels a day, in spite of the closure of Forcados which supplies almost one quarter of the country’s estimated daily production.

This raises questions on the veracity of Kachikwu’s statement which some industry watchers feel is deliberately misrepresented. However, they also wish to express cautious optimism on the matter. Analysts have told M&P that with Forcados still out of the scheme of things, it would take extraordinary feats for Nigeria to truthfully claim to be producing crude oil at near optimal levels on a daily basis.

Agreed; there have been reports of increase in production capacity by independents and marginal oil field operators, but analysts do not believe that input from such quarters would be enough to cover the 400, 000 bpd deficit as well as their own required contributions. Therefore, as Nigeria confronts its worst recession in years, analysts hope that the assertions are a true reflection of the state of affairs in the very critical sector.

In a bid to quell the tension in the region, secure lasting peace and restore IOCs confidence, Acting President, Yemi Osinbajo has been on tour of all the oil producing communities in the Niger Delta with seemingly positive results judging by reactions to his visits.

Some ex-agitators in the region have hailed Osinbajo’s directive to IOCs to devise plans relocate their headquarters to the Niger Delta as the boldest move in recent history to attract genuine development to their domain. “The majority of the people of these communities, including the oil producing communities here, have heard of the wealth that oil has brought, but have hardly benefited from it,” Osinbajo said in Akwa Ibom to an excited crowd of indigenes.

The Acting President’s visit is part of his consultation with people in the Niger Delta on how to maximize the gains of oil resources in the region and find a lasting solution to the unrest, instability and underdevelopment of the region.

According to him, the Federal Government is proposing a new vision that focuses on technological advancement and innovation in improving the value of oil produced in the region. “The pipeline bombing and other violent threats have almost disappeared in the region.

Customs Boss To Appear Before Senate Over Vehicle Duties