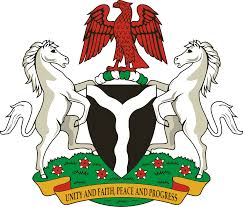 Nigeria’s external reserves rose by $1.91bn in the first two weeks of this month, a Central Bank of Nigeria’s report indicated on Friday.

The foreign exchange reserves stood at $36.86bn as of December 14, up from $34.95 as of November 30, the latest data obtained from the CBN showed on Friday.

The analysts at FBNQuest said in their economic outlook for the fourth quarter, “Gross external reserves, which include the balance in the excess crude account, stood at $34.95bn at end-November. Accumulation has averaged $850m over the past 12 months. When we consider the sharp fall in imports due to the recession, the buffer is now comfortable. We should add that the figures provided by the CBN are gross and mask the swap transactions it has entered into with banks.”

They said the CBN’s launch of multiple currency practices in late March had seen an increase in reserves of $4.65bn, adding that it had transformed forex availability from its own resources and at the same time attracted inflows on a scale to allow accumulation.

The analysts said, “The inflows are not all autonomous portfolio monies. The FGN’s Eurobond sales are an obvious exception. There has also been the boost to the NNPC’s oil exports from the firmer crude price and the rise in production. The corporation’s own data has average output increasing from 1.69 million bpd in Q1 2017 to 1.87 million bpd in Q2 and 2.03 million bpd in Q3.

“Gross reserves are heading for $40bn, which was last achieved in February 2014. The FGN has raised $4.5bn from Eurobond sales this year and $300m from its first Diaspora bond. The main impact of November’s Eurobond receipts of $3bn will be felt in the December reserves.”

The FBNQuest’s analysts said Nigeria’s import cover at the end of November had strengthened to 13.4 months for goods and 9.3 months once services were included, based on the balance of payments for the 12 months to June this year.

The analysts said, “Given this cushion of reserves and the evidence that core sectors such as manufacturing are benefitting from the regular forex interventions, the CBN is in no hurry to revise its forex policy.

“The excess crude account, a special purpose vehicle introduced in 2004 for the purpose of saving and managing above-budget threshold revenue from crude oil sales, has been depleted considerably. The balance was just $2.3bn at end-November.”