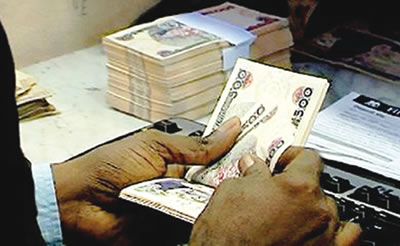 The Federation Account Allocation Committee on Friday shared the sum of N649.19bn to the three tiers of government as statutory allocation for the month of December.

The amount is contained in a communiqué issued by the committee after its meeting, which was held at the headquarters of the ministry of finance.

The communiqué stated that in December, the federation generated a total revenue of N547.46bn.

It stated that federation crude oil export sales dropped by 1.7 million barrels, resulting in a drop in federation revenue by $83.54m.

This, it explained, was regardless of a significant increase in the price of crude oil from $72.84 to $81.06 per barrel.

The communiqué stated that there was shut-in, shut-down and closure of production at various terminals due to fire leakages and flooding.

In addition, the communiqué said oil producing states received N45.524bn based on the derivation principle of 13 per cent.

The committee put the balance in the Excess Crude Account at $631m.