Federal Airports Authority (FAAN) Tennis Club Ikeja has begun the annual age grade tournaments for children under the ages of 12 and 18 years. 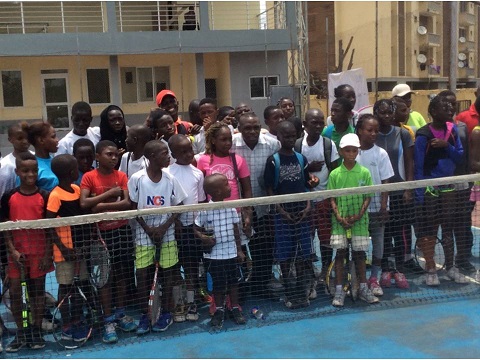 The sixth edition of the tournament will be held at FAAN Quarters, Opposite Murtala Mohammed Airport, Ikeja, Lagos.
FAAN Tennis Club tends to hold the event between 2nd-7th September,2019.
Dele Badejo, tournament Director and the coach explained the reasons behind the tourney.
Badejo said, “We focus on children’s tournament so that we can catch them young and impart the skills of the game into the kids to become world champions tomorrow.
“As a coach, I have taken it upon myself to monitor the progress of these children and continue to encourage them at every given opportunity.”

The Coach begged the government to provide sporting facilities in schools for the athletes to develop their skills.
Meanwhile, the Social Secretary of the club, Nkem Achinivu revealed that FAAN Tennis Club did not organized the event for anything but nurturing talents and impart the skills into the younger ones.
“We have love for tennis and we are trying to push it down to the younger ones. To impart the skills and knowledge of tennis, we organized annual age-grade tournament and it has become tradition for the younger ones,” he said.
While speaking on the monitoring of the previous winners, he said the club does attach coaches to the winners and watch them grow in tennis.
According to one of the parents, Mr Tunde Agunbiade, “this tourney is wonderful and the kids need this type of competition to develop themselves physically and mentally.”
Agunbiade later appealed to all tiers of governments to inculcate flexible sporting activities into the primary and secondary schools’ curriculum.
Christian Olanrewaju,13-year-old girl lauded the organizer for moulding raw tennis talents in the state.
She urged the parents to encourage their children in participating in sports.
Daniel Biade, 8, said he is very excited for the opportunity given by FAAN Tennis Club to showcase his God-given talent on the court.