Concerned farmers and National Executive Council (NEC) members of the All Farmers Association of Nigeria (AFAN), have flayed the circumstances surrounding the recent presentation of tractors to farmers in Kano State by the Minister of Agriculture and Rural Development Alhaji Sabo Nanono. 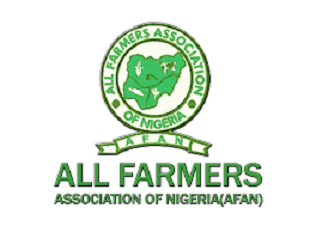 The aggrieved farmers described the tractors’ presentation as a ‘charade’ and are demanding explanations from key players including the Minister of Agriculture and Rural Development, Alhaji Sabo Nanono.

In a press statement titled ‘Tractor Hire Service To Firm Up The Impact Of Mechanization On Upscaling Agricultural Production In Kano State: The Truth And Not Fairy Tale’, the farmers explained how the scheme was initiated and conceptualized to boost agricultural development in the state.

“In 2017 or thereabouts Kano State Government provided 132,000,000 Naira representing 25% of the cost of 44 Tractors to be deployed to each of the 44 LGAs in the State. Soon afterwards the Governor was informed that the suppliers insisted on 50% down payment before releasing the tractors,” the statement said.

The AFAN NEC noted that the Kano state governor declined to give any further funds following the supplier’s insistence on the down payment of 50%.

“The Kano State Government should speak up to clarify this matter to set the records straight but in doing this the current commissioner of Agriculture should recuse himself from offering the clarification because he is an interested party.

“The contract between the suppliers and beneficiaries should be vetted by the Ministry of Justice to ascertain the truth,” the statement read.

AFAN NEC further claimed that the supply was eventually scaled down to 22 tractors which will not go round the 44 LGAs.

“An agreement was reached with a private tractor hiring company to participate in the Kano scheme by providing 25% of the cost of the 22 tractors already procured by Kano State Government.

AFAN NEC in the statement, demanded that for probity sake, “the proceeds from this scheme should be reappraised and determined and accounted for.”

According to them, the tractors meant to upscale the production of Kano State farmers are now deployed as a cash cow for some highly placed individuals working in cahoots with some other highly placed farmers.

“It is out of these tractors that the minister was inadvertently innocently used to perform the charade of a press conference, after a ceremony without the Governor in attendance.

“The event of the distribution of 4 tractors to one Alhaji Yunusa Haladu from FCT, one Alhaji from Kwara State, one Alhaji Abdulhafiz Alkali from Zamfara State and one Faruk Rabiu Mudi from Kano State clearly shows that 3 out of the four beneficiaries are not farming in Kano, if the HMA tagged it a Kano State AFAN affair.

“These people are part of the 13-member caretaker committee purportedly set up by Admiral Nyako, the Chairman BOT of AFAN a matter he distanced himself from when confronted by one of the TRUSTEES of AFAN,” the statement said.

AFAN NEC further noted that the matter of imposition was in court and yet to be heard due to the COVID-19 pandemic which caused the CJN to suspend all court sittings in Nigeria.

“The HMA is invited to offer explanations or come out to tell the true story of his activity with the illegal AFAN group because the legitimate AFAN is not involved in this sectional and fake saga.

“The 33 AFAN Chapters, as the total number of our chapters is 37 as against the HMAs assertion of 36, who are yet to take their share of the tractors according to the HMA, are yet to know the quantum of their allocations; or are they getting one each like the charade he performed in Kano?

“The FMARD tractor hire service is in dire need of publicity but we wonder why the HMA has not found it worthy of mention.

“What is the progress and actual status of the loan from Brazil that he keeps harping on?

“When will the 10,000 tractors to be distributed to 632, 635 or 700 LGAs he was variously quoted as the intended beneficiaries come to Nigeria?” the farmers queried.

The farmers are also seeking explanations from the minister on the empirical outcome of the tractor hiring scheme in Kano “that he found excellent in his being present at the distribution of 4 tractors to people outside Kano on 11th March, 2020 and the subsequent press conference on the 13th of March,2020 to further elaborate on the issue thereby violating the COVID-19 pandemic protocol of non-crowding and social distancing?”

The concerned farmers urged the minister of agriculture and rural development to concentrate on discharging the responsibilities of his office “rather than dissipating his much needed remaining energy chasing shadows in the name of impacting Agriculture from a narrow bird’s eye instead of the broad Nigeria’s Agricultural space.”

The AFAN NEC further tasked the Kano State Government to probe the tractor acquisition and distribution issue and resolve it transparently in the interest of Kano farmers.

Flour Mills Plans to de-risk the concentration of its business

Kindly Share This Story: Flour Mills of Nigeria Plc has said it is looking to…