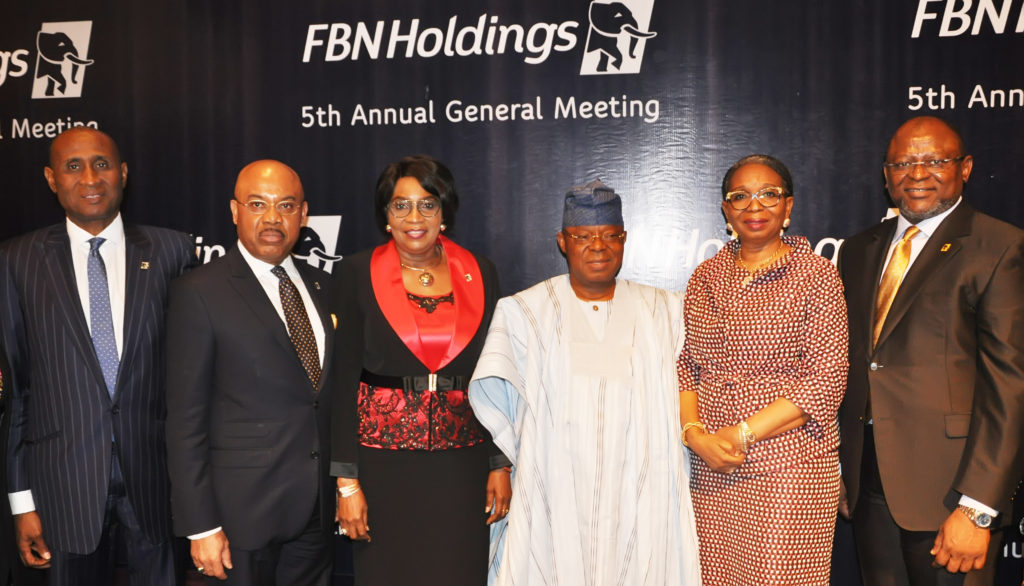 The Group Managing Director, FBN Holdings, Urum Kalu Eke, said that the company was targeting a single digit Non-Performing Loan (NPL), cost of risk less than two per cent, cost to income to be less than 50 per cent, enhanced revenue, return on equity to be greater than 20 per cent and improved dividend distribution.

Disclosing the company’s  at facts behind figures presentation at  Nigerian Stock Exchange (NSE) in Lagos, on Thursday, Eke explained  NPL to revert to single digit region within next 24 months on  back of active remediation of top exposures was part of the organization’s plan, added that, about five per cent of the loan book has been restructured with oil and gas loans constituting 70 per cent of the structured portfolio in 2016.

He stated that the company was addressing the needs of its customers and stakeholder in delivering structural changes in the risk-taking culture, processes and oversight; maintain sustained improvement of cost and capital efficiency; enhanced revenue growth across the group and create digital competency to enhance revenue and service delivery.

Eke added that the subsidiaries under the holdings company would execute innovation project to identify new revenue streams, saying there was a plan across the group to grow 20 to 25 million customer accounts within the current strategic cycle.

He said that the company will focus on improving revenue generation across the group, saying the Merchant Bank and insurance businesses recorded 11.5 per cent and 18.7 per cent year-on-year growth in revenue respectively.

He also said that the company will leveraged the commercial banking retail network to deepen market penetration across the group.

Speaking on the impact of digital banking strategy, Eke explained that there have been increased contribution from e-banking solution.

According to him, on the firstmobile and online, over N1 trillion transaction value, having 900,000 users enrolled since inception in September 2015, 19.7 million transaction in 2016 and one million digital customers.

He stated that one of their priorities was to achieve 25 per cent of the bank active customer base to digital channels by 2019 and to reach the unbanked and under banked through the roll-out of agent banking.

The Holdings company for the first quarter ended March 31, 2017 posted gross earnings of N141 billion against N107.5 billion recorded in the preceding period of 2016, an increase of 31.2 per cent.

Profit before tax stood at N19.9 billion compared with N22.1 billion achieved in 2016, representing a decrease of 9.5 per cent.