Agent Banking means providing limited scale banking and financial services to the underserved population through engaged agents under a valid agency agreement, rather than a teller/ cashier. It is the owner of an outlet who conducts bankingtransactions on behalf of a bank. 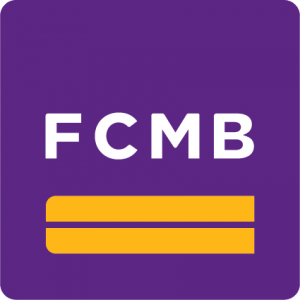 Agent banking means providing limited scale banking and financial services to the underserved population through engaged agents under a valid agency agreement, rather than a teller/ cashier. It is the owner of an outlet who conducts banking transactions on behalf of a bank.

Management of the first city monument bank limited (FCMB) stated in its recent annual reports excerpts saying we continue to works towards our ambition to become a more convenient and accessible bank in years ahead, receiving 689 ATMs and 12000 point of sale terminals across the country. Our agents banking initiatives is on course. We currently have 71 agents nationwide, with a plan to grow to 800 agents which accounts for 729 increase representing 91.13 percent by 2017.

Ladi Balogun, the managing director/chief executive of the bank disclosed that “we were successful in the planned moderation of our operating expensive. This is a medium term exercise over 3 years that will gather pace in 2016. The early stages of the implementation of the cost curtailment initiative resulted in a modest 2% growth in operating expenses in 2015. We anticipate an absolute reduction of N5billion in 2016, taking us below our target 2014 figure and a further reduction in 2017.”

Our turnaround plan requires us to stay the course strategically 2016 performance improvement is expected to be driven by the following:

Improvements in operating efficiency will be a key lever in 2016, with a goal to achieve about 9percent in cost savings during the year.

Balogun noted that we will continue to intensify our retail banking investment drive particularly in alternate channels (ATMs, POS, and Agent Banking). We will seek to achieve similar levels of revenue growth as we attained in previous year. However, with a focus on alternate channels, costs will remain relatively flat hence profitability in retail banking with rise significantly, he added.

Though with 2016 challenges and in anticipate a modest improvement in our profitability we expect to begin seeing a turnaround with steadily reducing cost of risk in both corporate and SMEs banking segments of our operations.

“Our future is intertwined with the collective future of our customers. Hence, we will reinforce our position of being an inclusive lender; we will support sectors that will drive the prosperity of the markets in which we operate. We will bring greater accessibility to a broad range of financial services. By so doing, we will build one of the relevant and resilient financial services, franchises, providing the best customer experience.

While the group managing director of the bank Peter Obaseki, added that we hope to fully launch a micro-finance business as a full subsidiary of the group and seek opportunities to improve controlling participation in the pension fund industry; we expect our non-pension asset management and private trusteeship business to grow more steadily; a combination of these initiatives will reduce the pressure on the bank’s balance sheet, he added.