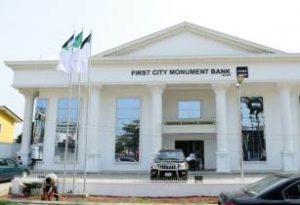 Management of the First City Monument Bank (FCMB) Limited after eight months of exciting and rewarding experience for its esteem rewarded customers as the promotion ended.

The promotion tagged, “FCMB Millionaire Promo Season 3”, came to an end on December 7, 2016 with the grand finale draws held across Nigeria.

The colourful ceremony was witnessed by officials of the National Lottery Regulatory Commission, Consumer Protection Council, customers of the Bank and other dignitaries.

The peocess involved electronic selection exercise which saw the emergence of four lucky customers of the Bank who won N2 million each at the event held in Abuja, Lagos, Ibadan and Calabar respectively.

In addition to the cash rewards, another set of gifts went to 642 account holders who smiled home with LED televisions, generating sets, decoders, tablets, smart phones and other consolation prizes at the zonal draws.

Commenting on the promo and draws, Zonal Co-ordinator of the Consumer Protection Council for South-west 2, Alhaji Garba Ahmad, hailed the Bank for conducting the exercise with integrity.

In his address at the ceremony in Lagos, the divisional head, Retail Banking of FCMB, Olu Akanmu, said that with the grand finale of the draws held nationwide, the Bank has fulfilled the promise it made to customers to reward those who participated and qualified in the promo and the four draws organised during the exercise.

Akanmu encouraged the lucky customers, particularly the star prize winners, to make wise use of their prizes, adding that, “They can invest meaningfully and we are ready to offer them free advice if they so wish.”

MSME in Osun benefited from over N30m BoI’s Disbursesment