The management of First City Monument Bank (FCMB) has refuted stories in the media of alleged deposit of N573 million into the account of an associate of the suspended chairman of the EFCC, Ibrahim Magu. 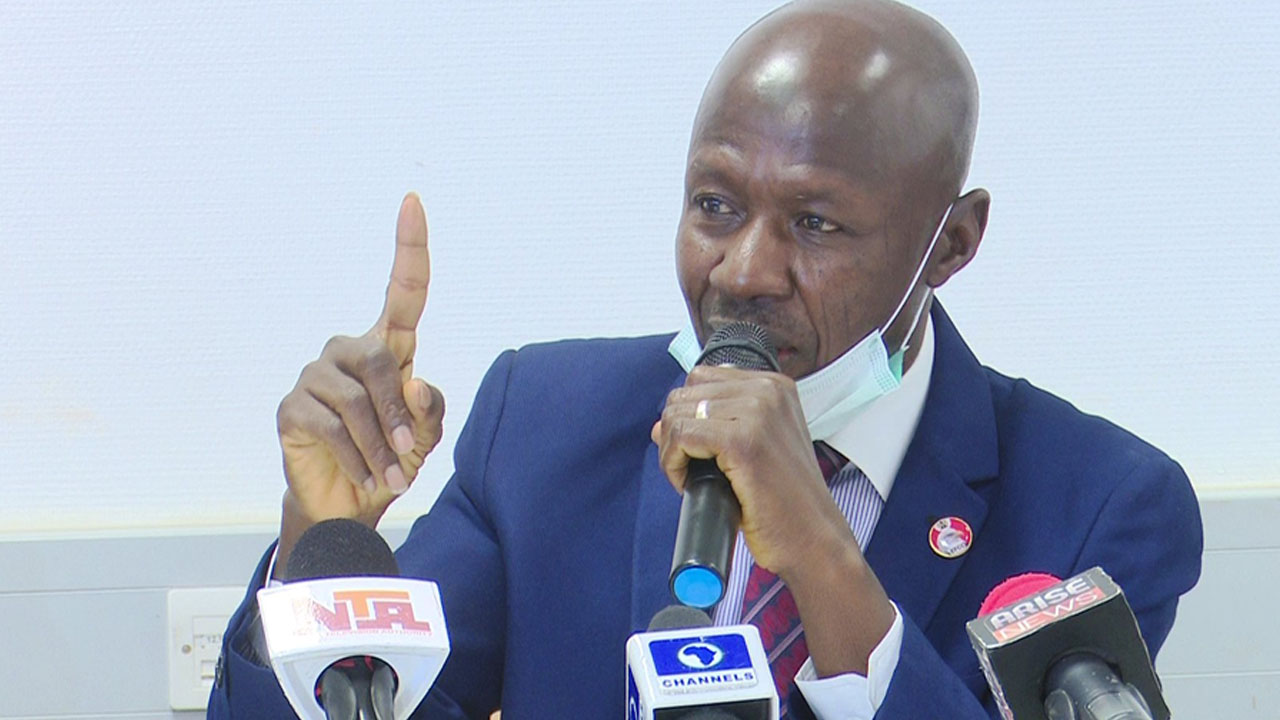 agu was suspended last month by President Muhammadu Buhari who ordered investigation into his tenure as the acting chairman of the anti-corruption agency.

On Monday, some newspapers reported that the FCMB managing director, Adam Nuru, allegedly telling the panel that N573 million was lodged into the account of Godwin Omale, a pastor, in error.

Mr Omale is an associate of Mr Magu and has publicly referred to the anti-graft chief has his spiritual son.

But in a statement released on Wednesday by FCMB’s Group Head, Corporate Affairs, Diran Olojo, the bank said there was no such deposit at anytime into the said account.

The bank said what happened was a system error which reflected in the Nigeria Financial Intelligence Unit (NFIU) records but did not result into any credit into the account.

“Our Managing Director clarified to the Presidential panel that the system generated report was incorrect and that there was no mistaken transfer of N573 million.”

Read the full statement below:
Our attention has been drawn to widely circulating stories incorrectly stating that our Managing Director, during a recent presidential hearing in Abuja, testified that the bank mistakenly transferred N573m to the account of a church and the said error was not discovered for 4 years. We feel it is in the public interest to state emphatically that there was no transfer of N573m into this account, mistakenly or otherwise.

To provide further clarity, during a maintenance upgrade of our systems in 2016, a defective file led to the aggregation of multiple unrelated entries into a single balance under the affected customer’s name in one of our reports. This aggregation occurred only in the weekly automated report to the Nigerian Financial Intelligence Unit. It had no effect on any customer account balance or statements and therefore was not immediately identified. Our Managing Director clarified to the Presidential panel that the system generated report was incorrect and that there was no mistaken transfer of N573 million. He also submitted comprehensive documentary evidence to this effect.

We appreciate that comments may have been misconstrued and therefore believe it is important to emphatically clarify the position that there was no mistaken transfer whatsoever, as stated above. FCMB continues to fully cooperate with the panel, and has been entirely transparent in its reporting. We remain committed to ethical and professional conduct at all times.

FG distances self from sack of UNILAG Vice Chancellor