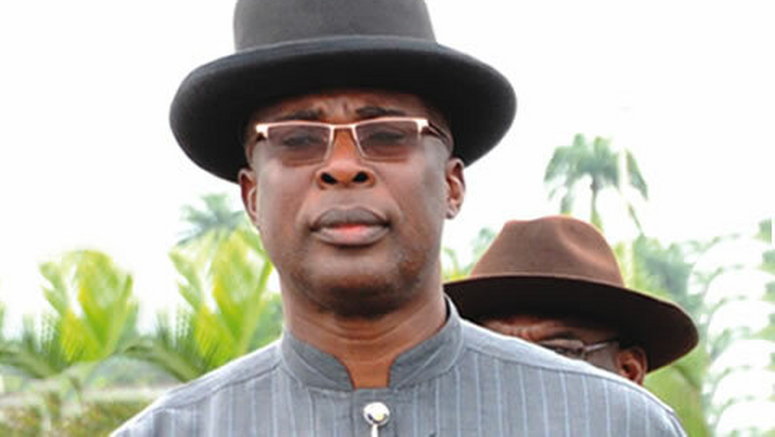 The Federal Executive Council (FEC) yesterday approved N2.923 billion contract for the provision of infrastructure for the manufacturing of oil and gas components at Odukpani, Cross River State.

Briefing reporters after the virtual FEC meeting in Abuja, the Minister of State for Petroleum, Chief Timipre Sylva, said the total contract sum of N2,923,480,976.70, including tax, was awarded to Messrs Kinetic Electro-Mechanical Limited with the completion period of 15 months.

Sylva, who said the project would serve as an additional infrastructure facility for the manufacturing of oil and gas components in National Oil and Gas Park, added that upon completion, the project would boost capacity in oil and gas sector, provide job opportunities for Nigerians and boost economic activities in Odukpani.

He said: “Today, council approved the provision of water and fire service equipment in the National Oil and Gas Park to be sited in Odukpani, Cross River State in the sum of N2,923,480,976.70.

In his own briefing, the Minister of Information and Culture, Alhaji Lai Mohammed, said the FEC also approved the augmentation of the contract sum of N896,863,516.25 for the construction of Oseakwa bridge in Anambra State.

According to him, the contract was awarded to Messrs Horizon Construction Limited for the construction of a 90-metre long bridge with two kilometres approach road for the duration of 12 months.

Mohammed explained that the contract had earlier attained 87.91 per cent completion level before it was stalled in 2012 by flood, which he said ravaged the vicinity of the project.

“It appears flooding was not envisaged at the time of the award and thus necessary provision for its containment not made in the contract sum,” he stated.
The minister added that the council a
pproved N610 million for the construction of Faculty of Health Services at the Plateau State University, Bokkos.

He said the memorandum for the contract presented by the Minister of Education, Malam Adamu Adamu, sought council approval for the construction, equipping and furnishing of the faculty as well as the approval of N114,357,600 for the purchase of furniture and equipment.

“The Minister of Education today presented a memo seeking approval of council for the award of contract for the construction, equipping and furnishing of a faculty of health sciences in Plateau State University, Bokkos.

“It was awarded at the cost of N610,355,221.82 and the completion period is for 52 weeks. Also, procurement of furniture and equipment was awarded at N114,357,600 and the completion period is 12 weeks,” he said.
He explained that the council approved another memorandum by the Minister of Finance, Mrs. Zai
nab Ahmed, seeking the approval of another N623.7 million for the procurement of computers and printers for zonal and area commands of the Nigeria Customs Service (NCS).

“The Minister of Finance presented a memo for the award of contract for 1,200 units of colour printers and desktop computers for human resources and accounting management systems across zones and area commands of the Nigeria Customs Service, which was approved.

Kindly Share This Story: MEMBERS of the Independent Petroleum Marketers’ Association of Nigeria (IPMAN) have…