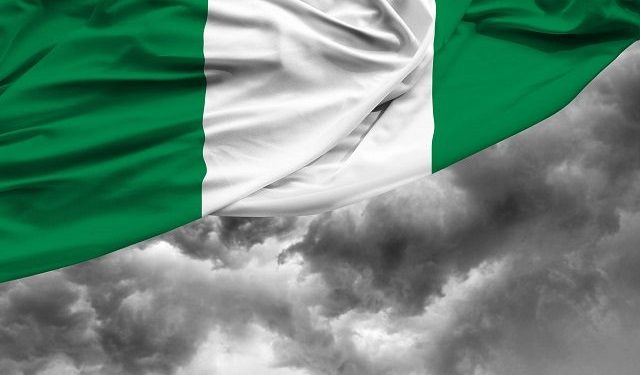 The Federal Government on Tuesday celebrated the nation’s 59th independence anniversary at the Presidential Villa, Abuja.

There was also Presidential change of guard from 177 guard battalion to 7th battalion of the guards brigade, marking the occasion at the forecourt of the State House.

It was the highpoint of the week-long activities marking the anniversary.

The celebration was the first under the second term tenure of the administration of President Buhari.

The ceremony, which lasted for about one hour forty-five minutes, started around 10 a.m.

President Buhari was ushered to the venue by 9.59am by first inspecting the quarter guards, and then walked to the Villa forecourt to receive national salute which was followed by rendition of the National Anthem

Vice President Yemi Osinbajo was earlier ushered to the venue around 9.50am.

While the Senate President, Ahmad Lawan, was ushered to the venue by 9.46am, the Speaker of the House of Representatives, Femi Gbajabiamila, got to the forecourt of the Presidential Villa by 9.44am.

At the ceremony were the Chief Justice of Nigeria, Ibrahim Tanko Mohammad, the Secretary to the Government of the Federation (SGF), Boss Mustapha, the Inspector General of Police (IGP), Muhammed Adamu, and Minister of the Federal Capital Territory, Muhammed Bello.

Service chiefs and other top government functionaries and members of the diplomatic corps also attended the ceremony.

There was also 21 gun salute in the honour of President Buhari.

Shortly after the no-speech making ceremony, President Buhari signed the anniversary register, released pigeons from cage and was assisted by some top dignitaries to cut the anniversary cake.

The celebration on Tuesday replaced the full military parade, drills and entertainments which used to hold at the Eagle Square, Abuja.

Since 1st of October, 2010 when the anniversary celebration witnessed bomb blasts at the Eagle Square, Abuja, the administration of former President Goodluck Jonathan had marked all subsequent anniversaries under his administration in Aso Rock.

But the Buhari’s administration broke the jinx by marking the 58th Independence Anniversary last year at the Eagles Square, Abuja.