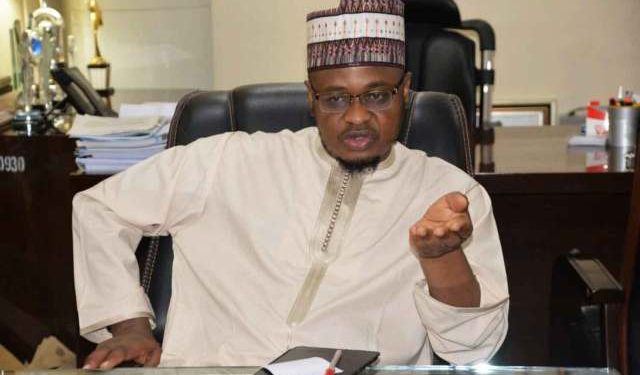 Governors of the 36 states have agreed to resolve the lingering dispute on what should be charged in granting Right of Way (RoW) for the erection, installation and laying of telecommunication infrastructure across states’ lands.

The governors rose in Abuja, on Wednesday night, from the first meeting in 2020 of Nigeria Governors’ Forum (NGF) and agreed to end the controversy on the issue.

They agreed to retain the agreement reached at the National Economic Council (NEC) meeting in 2013, which included a fee of N145 per linear metre in each state.

The governors arrived at the decision after listening to a presentation by the Minister of Communications and Digital Economy, Isa Ali Pantami.

Pantami and NGF Chairman Kayode Fayemi, the Ekiti State governor, who addressed reporters separately on the matter, confirmed the development.

They assured Nigerians of the commitment of the states and the Federal Government to achieve the envisaged 70 per cent national broadband penetration target by the end of 2020.

Members of the NGF, who assured the meeting of their commitment to the agreed repayment plan for the budget support facility extended to their states by the Federal Government, among other funds, said they desired a reduction in the repayment plan.

Fayemi said: “The main demand from the minister (Pantami) is that we maintain the fee agreed in Year 2013 at the NEC, which is N145 per linear metre in the state.

“The context within which the issue of waver came up was what has been on offer in Kaduna State, for example, where the state government has waved the right-of-way fees.

“And that is not compulsory; it is not a decision of the forum or even a demand from the minister that it should be a condition for broadband penetration or fibre optic-laying in our states.

“It is just that where we think it might be feasible, then states would look at the possibility of doing this in our states.

“But, the key demand, which we are all interested in pursuing, is to ensure that we do not increase the Right of Way fee beyond what has been generally agreed by governors at the NEC.

“And, on budget support facility, specifically, states are already honouring their obligations. We are already paying back what is owed to the Federal Government.

Major technology breakthroughs in the coming years will greatly impact, the forms of work and…