LEKOIL is an Africa focused oil and gas exploration and production company with interests in Nigeria and Namibia. The Company was founded in 2010 by a group of leading professionals with extensive experience in the international upstream oil and gas industry as well as in global fund management and investment banking. 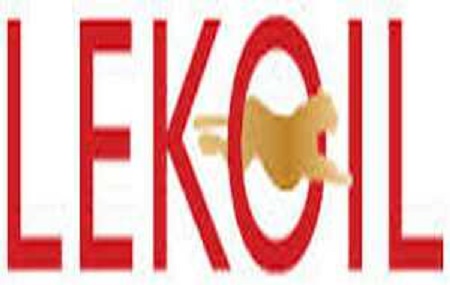 In a statement issued by the company disclosed that the Africa-focused oil and gas exploration, development and production company, is pleased to announce that the Federal Government of Nigeria and the Ministry of Petroleum Resources has acknowledged the receipt of the OPL310 licence extension fee of US$7.5m (“Extension”) and that the License is in force for an extended three year period to 2 August 2022 as previously announced on 31 October 2019.

AmehNews recall that Lekoil has announced that it has paid the US$7.5 million license extension fee for OPL 310 as mandated by the Federal Government of Nigeria and Ministry of Petroleum Resources, and previously first announced on 6 September 2019.  The Company funded this payment from a mix of existing financial resources and debt facilities.

In addition, the company has paid in full the balance of outstanding G&A arrears of approx. US$3 million together with US$1 million of the US$5 million Operator’s fee due to its partner on the Block, Optimum Petroleum Development Company, as announced on 30 August 2019.  The balance of this fee (US$4 million) is now due by 2 February 2020, which the Company expects to fund from a combination of existing financial resources and a potential funding partner, as previously announced.

Lekan Akinyanmi, LEKOIL’s CEO, was quoted saying ‘We are pleased with the positive momentum being created with our partner Optimum and the Federal Government of Nigeria in taking the Block forward.  We continue to expect to unlock significant value in this asset for all stakeholders involved, who we thank for their patience and support.’

Also the Joint Venture has also renewed the Otakikpo Marginal Field license for twenty (20) years (“Renewal”), following the payment to the Department of Petroleum Resources (DPR) the sum of US$1 million for the license Renewal fee (US$400,000 net to LEKOIL).

“Subject to closing of, inter alia, the project financing, the Joint Venture expects the first two wells of the phased development plan to bring production up to this level.  The Joint Venture anticipates adding this incremental production by year end 2020.