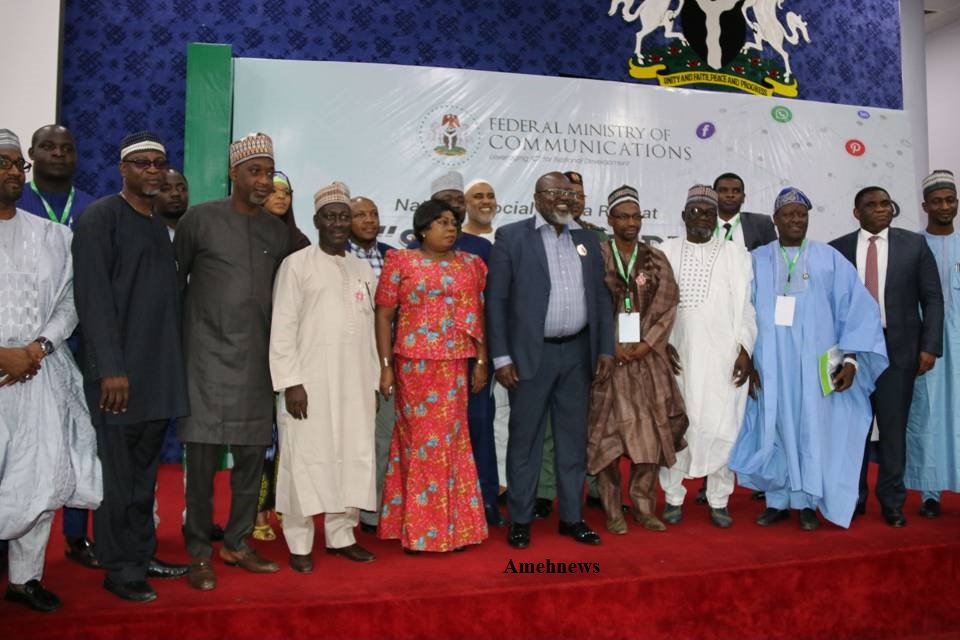 The Minister of Communications, Dr. Adebayo Shittu has urged Nigerian citizenry to feel free to discuss government policies and engage in responsible political debates, expose corruption and decently express their opinions via the social media, without the use of maligning or hate speech.

He stated this recently in Abuja while addressing participants at the venue of a National Social Media Retreat on the theme “Social Media for Good Governance”.

The Minister charged operators of social media platform to guard against the distractions the social media generates and focus on their respective key deliverables.

In his words “It behooves everyone here to imbibe and promote the ideas of excellent government-citizen interaction based on the use of cultured language, publication of facts and respect for the governed as the source from which Government derives legitimacy”.

Dr. Shittu explained that allowing freedom of expression on the internet is proof that the Federal Government genuinely adheres to the principles of democracy.

He disclosed that the Federal Government would adopt social media in carrying out e-service delivery and use same, to shape the government’s policies for good governance.

The Minister stated that government would also propound friendly and secure policies that ensure the use of technology-based social media which are development driven and urged key players in the private sector to take advantage of the social media to achieve positive image for Nigeria.

According to Dr. Shittu, the National Retreat which has been conceived and birthed by Ministry of Communications was designed to among other things to share knowledge and information stemming from recent research and analysis on the social media.

He added that the Ministry of Communications shall train and retrain IT and Information Officers in the civil service to manage misinformation being spread on the new media.

In her address, the Permanent Secretary, Ministry of Communications, Mrs. Nkechi Ejele stated that the government realizes the importance of social media tools and their applications for the dissemination of government policies that the event was organized.

“Social media is perhaps one of the most innovative inventions of recent times, with technology evolving inventions at an exponential pace, and with its relentless self-integration into various facets of our daily and national lives, it is vital that governance, the most important aspect of national life is not left behind,” she said.

Earlier, the representative of Chief of Army Staff, Brigadier General, Samuel Odugu pointed out that the military has discovered that internet has been a veritable tool for distribution of information which had led to the establishment of Cyber Army Command with a report center that serves current information need of the public.

REDTV rave is THE OFFICIAL HEADLINER GIG OF 2018!!